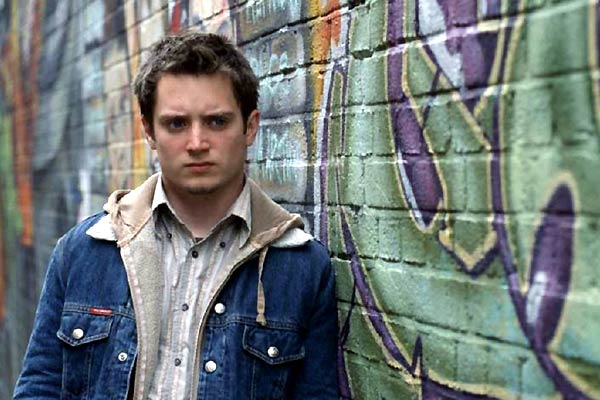 The "Lord of the Rings" star has signed to star opposite Jason Gann in the FX comedy pilot "Wilfred." It marks Wood's first small screen foray.

"Wilfred" is based on a bizarre Australian series of the same title about a jealous boyfriend who keeps imagining that his girlfriend's dog is just a man in a mutt's costume.

In a release announcing the project, executive producer David Zuckerman describes "Wilfred" as comedy “about a guy, 'Ryan' (Wood), the girl next door, and mixed-breed dog, 'Wilfred' (Gann), who is part Labrador retriever and part Russell Crowe on a bender.”

Gann, who co-created and starred in the Australian series, will play Wilfred.

Since hanging up his Hobbit feet, Wood has mostly done independent films such as "Everything Is Illuminated" and "Sin City." He will next be seen this fall in Galt Niederhoffer's "The Romantics" opposite Katie Holmes and Anna Paquin; in 2012, he reprises his role in George Miller's sequel "Happy Feet 2."

The pilot will be directed by Randall Einhorn ("It’s Always Sunny in Philadelphia," "The Office," "Parks & Recreation").

Production is scheduled to begin this summer.