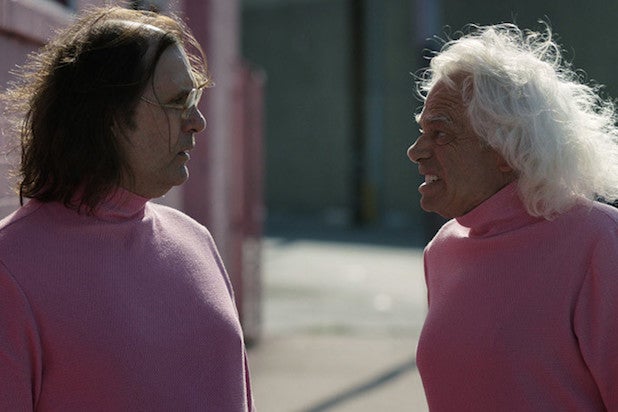 Film and television distributor FilmRise has acquired the exclusive North American distribution rights to Jim Hosking’s horror-comedy “The Greasy Strangler,” which debuted as a midnight movie at Sundance earlier this year.

The film will play as a Festival Favorite at the SXSW Film Festival this month and will receive a theatrical release in the fall.

FilmRise will collaborate with Alamo Drafthouse Cinemas in a multi-market theatrical partnership to release the film, which is a co-production between SpectreVision, Drafthouse, Rook Films and Timpson Films.

“The Greasy Strangler” follows Ronnie, a man who runs a disco walking tour along with his browbeat son, Brayden. When an alluring woman comes to take the tour, it begins a competition between father and son for her attentions. It also signals the appearance of an oily, slimy, inhuman maniac who stalks the streets at night and strangles the innocent — soon dubbed ‘The Greasy Strangler.’

“We are pleased to announce that we have acquired this Sundance standout,” said Danny Fisher, CEO of FilmRise. “‘The Greasy Strangler’ defies genres and surprises audiences with its originality, and we are confident that fans of the truly bizarre will enjoy what this film has to offer upon its theatrical release this fall.”

“After the incredible response we received at Sundance, I am beyond thrilled that FilmRise will be releasing ‘The Greasy Strangler’ in theaters for more audiences to discover,” added Hosking. “I set out to make a truly unique movie-going experience, and I am so happy that I can now share my feature debut with others.”

The deal was negotiated by Fisher and FilmRise’s VP of Acquisitions Max Einhorn with CAA. Protagonist Pictures is handling international sales.