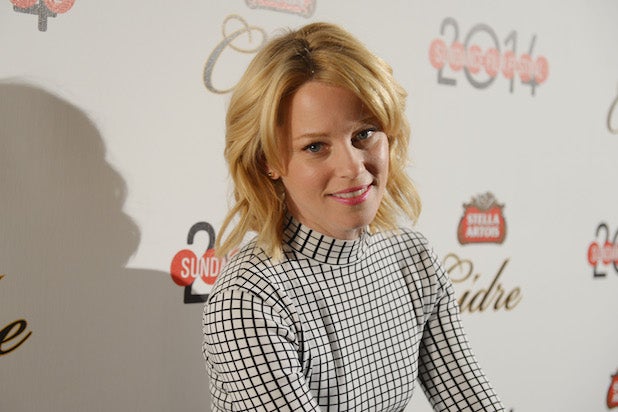 After directing a segment of the omnibus comedy “Movie 43,” Elizabeth Banks is ready to direct a full-length feature and she has found the perfect studio project to hone her skills on — Universal and Gold Circle Films’ “Pitch Perfect 2,” an individual familiar with the sequel has told TheWrap.

Original stars Anna Kendrick and Rebel Wilson are expected to reprise their roles alongside Banks, who played an announcer in the first film.

Banks and Max Handelman will produce the sequel through their Brownstone Productions banner along with Paul Brooks of Gold Circle Films, whose Scott Niemeyer will executive produce. “Pitch Perfect” scribe Kay Cannon will write the sequel and co-produce with Gold Circle’s Jeff Levine.

“Elizabeth originated the idea for ‘Pitch Perfect’ and was instrumental in making the first film such a huge success,” said Universal’s Donna Langley. “She brings an enormous amount of energy and experience to everything she works on and we’re thrilled that she is making her feature directorial debut on ‘Pitch Perfect 2.'”

“Pitch Perfect” grossed more than $115 million worldwide on a $17 million budget and was one of the top-performing DVD & VOD titles of 2013. The soundtrack recently went platinum with over 1 million units sold, making it the 18th bestselling soundtrack of all-time, as well as the bestselling soundtrack in digital history. The soundtrack was the #20 album on the Billboard Top 200 Chart for 2013 across all genres, and the single “Cups” nearly went triple platinum, with combined sales of a little less than 3 million units sold.

Banks, who plays Effie Trinket in “The Hunger Games” movies, next stars in the comedy “Walk of Shame” and the Brian Wilson drama “Love and Mercy.” She also starred in the Sundance drama “Little Accidents” and recently wrapped Amy Berg’s drama “Every Secret Thing.”