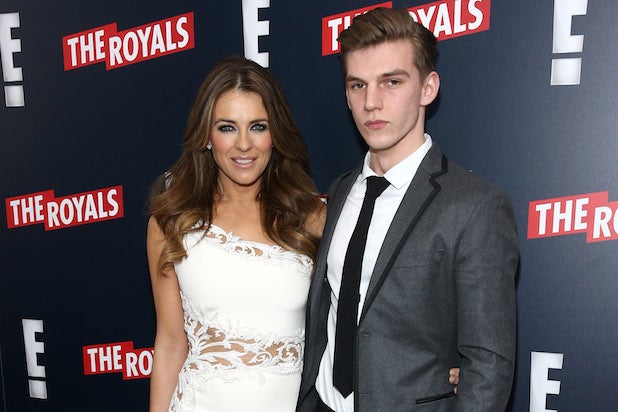 The son of the model and actress’ sister was reportedly attacked on a street corner by unidentified assailants around 8 p.m., according to People.

Metropolitan Police officials were able to confirm to People that police arrived at the scene following a “stabbing” attack but do not reveal the names of victims. Cops said they discovered a 21-year-old man with stab wounds to his back. Another man was also stabbed.

They were both taken to a hospital “where their conditions are described as not life-threatening or life-changing,” police told People.

Officials said the victims were attacked by “a group of males who got out of a vehicle and assaulted them before fleeing the scene.”

On Saturday, Hurley confirmed the stabbing on Twitter, calling the attack “brutal.”

“My 21 year old nephew was repeatedly stabbed in a brutal attack in London on Thursday night,” Hurley Tweeted. “The police & hospital are being fantastic. Thank you for all your messages. It is an appalling time for him & our family. The police will be appealing for witnesses.”

My 21 year old nephew was repeatedly stabbed in a brutal attack in London on Thursday night. The police & hospital are being fantastic. Thank you for all your messages. It is an appalling time for him & our family. The police will be appealing for witnesses.

Hurley was seen  arriving at Heathrow airport Friday morning. A rep for the actress-model did not immediately respond to TheWrap’s request for comment.

Also Read: 'The Royals' Review: E!'s Elizabeth Hurley Drama Is a Not So Guilty Pleasure

Hurley and her young nephew, who is a model for Roberto Carvalli and Dolce & Gabbana, are reportedly close.

“I’m really close to my aunt and she’s very supportive of everything I do,” Miles told the British Telegraph in 2013. “The best advice she has given me is just to enjoy myself, work hard and be nice to everybody.”

The investigation into the stabbing is ongoing, according to People.

The Sun was first to report news of the stabbing.