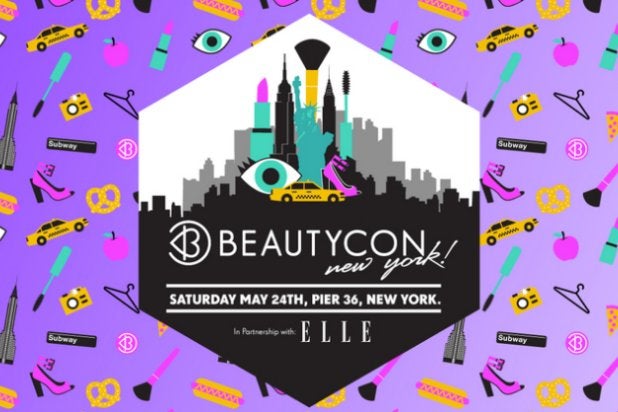 BeautyCon is headed to New York City. The event is an opportunity for the Internet’s most influential beauty and fashion icons to come together and meet their fans. This will be BeautyCon’s New York City debut, and it is being held in partnership with ELLE, a leading multi-channel content brand, at Pier 36 on May 24.

This summit will kick off BeautyCon’s 2014 event series. Later in the year, there will be events in Los Angeles, Houston and London. BeautyCon’s partnership with ELLE will span all U.S. events, and includes collaboration on everything from content curation to programming.

“We are excited to work with BeautyCon, a first-mover in the important blogger/vlogger space,” said Kevin O’Malley, Senior Vice President, Publisher & Chief Revenue Officer of ELLE. “At ELLE, we are inspired by what’s new and what’s next, and that is what BeautyCon is all about.”

Fans will get to interact with some of the most popular fashion and beauty icons from the digital arena. The daylong event — running from 10am-6pm — is targeting what BeautyCon’s creators have dubbed “Generation Connected,” or Gen C. Also know as the YouTube generation, these young people are tech savvy and fashion-forward, as well as a powerful new force in consumer culture.

“We knew this audience had been neglected and that nobody had created anything like this before, where digital influencers, brands and fans could congregate and exchange ideas,” said Moj Mahdara, CEO of BeautyCon. “Generation C understands the value of their opinion and the power of their voice.”