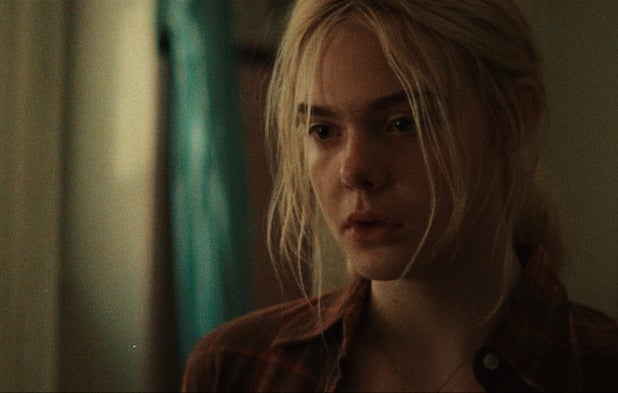 The film, an early cut of which premiered in January at the Sundance Film Festival (where it won the Best Cinematography award), examines the life of Amy-Jo Albany and her relationship with her father, legendary jazz pianist Joe Albany.

Oscilloscope will continue to play the film at festivals in the lead-up to its theatrical release.

The screenplay was written by Amy-Jo Albany and Topper Lilien.

Based on the memoir by Albany, the film is a compassionate, tender look at the complex relationship between Amy-Jo (Fanning) and her father Joe (Hawkes), a man torn between his musical ambition, his love for his daughter, and his suffocating heroin addiction. Set against a sensuously textured 1970s Hollywood, the film beautifully evokes a colorful, seedy world of struggling musicians, artists, and vagabonds, in which Joe and Amy-Jo strive to live the lives they want against seemingly insurmountable odds.

“‘Low Down’ is a truly wonderful film. Jeff immerses us fully into this unique world — every detail is perfect — and paints complex, sympathetic characters simultaneously real and larger-than-life. We’re very excited to share his incredible vision, and the cast’s tremendous performances, with the world,” Oscilloscope’s David Laub and Dan Berger said in a joint statement.

Also read: Oscilloscope Bootlegs Its Own Movie, Will Release It on Twitter’s Vine

“I’ve been so privileged over the last ten years working with Amy-Jo, distilling her amazing story into a film. Taking the next step with O-Scope feels like having found the perfect fit to bring everyone’s hard work to a larger audience,” added Preiss.

The deal was negotiated by the UTA Independent Film Group’s Bec Smith and attorney Linda Lichter on behalf of the filmmakers.