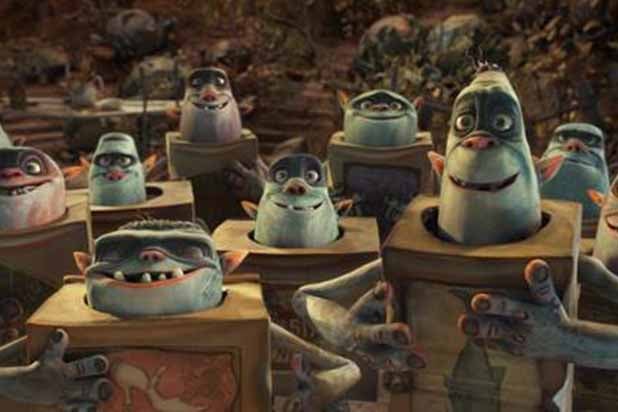 Focus Features and Laika released an official trailer for their new animated film, “The Boxtrolls,” based on a novel from Alan Snow.

The film is about an orphaned boy named Eggs (voiced by Isaac Hempstead-Wright) who was raised by a community of eclectic, mischievous trolls living under Cheesebridge, a town full of fearful humans.

When the town, led by villain Archibald Snatcher (voiced by Academy Award-winning actor Ben Kingsley), devises a plan to get rid of the boxtrolls, Eggs heads above ground where he meets Winnie (voiced by Elle Fanning). Together, they try to combat Snatcher’s plan and save Eggs’ family.

The film, from the stop-motion masterminds behind “ParaNorman” and “Coraline,” also features the voices of Tracy Morgan, Toni Collette, Jared Harris and Simon Pegg.

Watch the trailer below to get acquainted with Eggs and the rest of the gang.