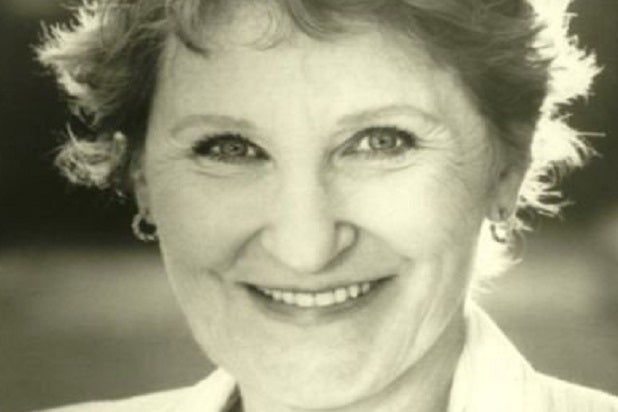 Actress Kate Williamson, whose extensive credits include a run on the Ellen DeGeneres comedy “Ellen,” died Friday night after a period of failing health. She was 82.

Williamson’s death comes mere weeks after the death of her husband, actor Al Ruscio, who died at age 89 on Nov. 12.

The actress died surrounded by her four children at her Encino, Calif., home.

On the television side, Williamson appeared on “Falcon Crest,” “Beauty and the Beast,” “Murder, She Wrote,” “JAG” and “7th Heaven,” among many more.

Judy Fox, who managed both Williamson and Ruscio, remembers Williamson as a “lovely character actor, like Al.” Fox told TheWrap that the pair “have raised a remarkably talented family.  A wonderful legacy.  No doubt Kate and Al are together, dancing in the heavens … free at last from debilitating illnesses.”

Williamson is also survived by five grandchildren.
In lieu of flowers, the family requests donations to The Actors’ Fund of America, 729 7th Ave., Floor 10, New York, NY 10102-1841, in the name of Jane Kate Ruscio aka Kate Williamson.