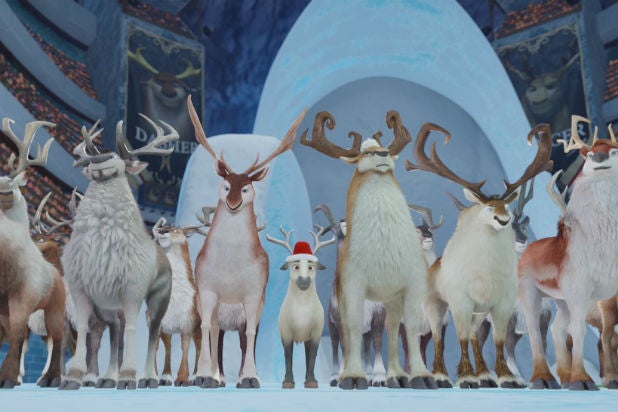 Written and directed by Jennifer Westcott, the film follows Elliot (voiced by Josh Hutcherson), a miniature horse whose lifelong dream is to pull Santa’s sleigh. He gets his chance after Blitzen retires, and travels to the north pole with his friend Hazel the goat to compete for the open spot.

Along with Hutcherson (“The Hunger Games”), the film features Samantha Bee as Hazel, with John Cleese, Martin Short, Jeff Dunham, and Morena Baccarin.

Also Read: Samantha Bee on Her One Regret About Calling Ivanka Trump That Word

“Elliot is an awesome inspirational tale of overcoming the odds and dreaming big to achieve your goals — all of which is what we strive for at Screen Media. Elliot is the perfect family holiday movie and we know audiences nationwide are going to love it.” said Needle in a statement.

“We are very proud to have Screen Media as our partner on this wonderful film that the whole family can enjoy together” said Padilla.

The film will be released by Elevation Pictures in Canada.