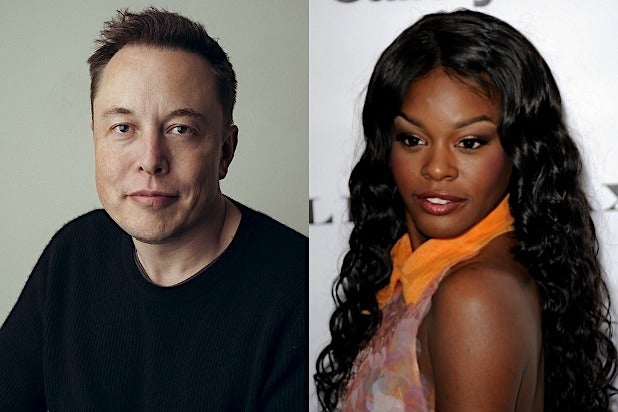 Tesla CEO Elon Musk has denied rapper Azealia Banks’ accusation that he was “on Twitter while on acid” while she was hanging out at his home over the weekend.

Musk told Gizmodo via Twitter direct message that he “has never even met [Banks] or communicated with her in any way.”

In a string of comments on her Instagram story over the weekend, Banks said she was at Musk’s home to collaborate on music with his girlfriend, indie pop star Grimes. Banks described the experience as “like a real episode of ‘Get Out.'”

“Lol I waited around all weekend while grimes [sic] coddled her boyfriend for being too stupid to know not to go on Twitter while on acid,” Banks said in her story as screen captured on Twitter.

Azealia Banks exposing Elon Musk for tweeting while on Acid.. while she was waiting for Grimes at her home … whewwww lord ???? pic.twitter.com/i9BXWWrLAD

Last week, Musk revealed plans via Twitter about taking Tesla private. Banks said that while she was at Musk’s home, she saw him in a state of panic as he was “scrounging for investors.”

“I saw him in the kitchen tucking his tail in between his legs scrounging for investors to cover his ass after that tweet,” Banks told Business Insider in a direct message via Instagram. “He was stressed and red in the face.”

Banks added that she remained at Musk’s home all weekend with the promise of eventually working on music, but that the opportunity never arose, and eventually she was ghosted and given a first class flight back to New York.

“They bring me out there on the premise that we would hang and make music,” Banks told Business Insider “But his dumba– kept tweeting and tucked his d— in between his ass cheeks once s— hit the fan.”

Also Read: Cardi B Goes Silent on Instagram and Twitter After Fight With Azealia Banks Kicks Up a Notch

Banks also disparaged Grimes on Instagram, calling her an “idiot” and saying this would be the last time she would work with “a white b—.”

Just when you think it doesn't get crazier than Elon vs. the shorts, you find out about the Azealia Banks Vs. Grimes/Elon craziness and realize THERE COULD BE SO MANY MORE LEVELS OF CRAZY TO GO.$TSLA pic.twitter.com/A5YEqwXbP1

According to The New York Times, Musk’s tweets took even Tesla’s board by surprise and prompted the Securities and Exchange Commission to contact the company, asking if the tweets were accurate and, if so, why the disclosure hadn’t been made in a regulatory filing.

On Monday, Musk posted a blog, explaining that his tweets last week were an effort to be “completely forthcoming” with shareholders, whom he said were notified five desire before he tweeted his desire to take the company private.

Tesla did not respond to TheWrap’s request for comment on Banks’ statements.