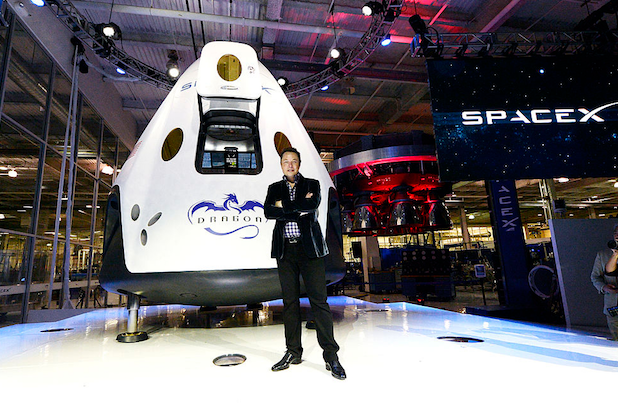 Laugh at President Trump’s Space Force all you want, but it has one prominent Silicon Valley supporter: Elon Musk.

In an interview with Recode’s Kara Swisher on Friday, the Tesla and SpaceX chief said he’s in favor of the president’s idea for a new military division dedicated to space.

“Well, this may be a little controversial, but I actually like the idea. I think it’s cool,” Musk said, before comparing it to when the Air Force became an independent military branch following World War II.

“So you had the Army and the Navy and the Coast Guard and the Marines, and then … it became pretty obvious that you really needed a specialized division to manage aircraft. And so the Air Force was created,” Musk continued. “And people today may not realize back then it was wildly panned as a ridiculous thing to create the Air Force, but now everyone’s like, ‘Obviously, you should have an Air Force.’ And I think it’s gonna become obvious that we should have a Space Force, too.”

Trump announced in June he was “directing” the Pentagon to create a sixth military branch dedicated to space. The Department of Defense, in an August report to Congress, outlined a space defense system that could “degrade, deny, disrupt, destroy, and manipulate adversary capabilities.” A four-star general or flag officer would command Space Force, per the report.

Musk, perhaps the most famous advocate for colonizing Mars, added that Space Force could be “pretty helpful” for “expanding things beyond Earth.”