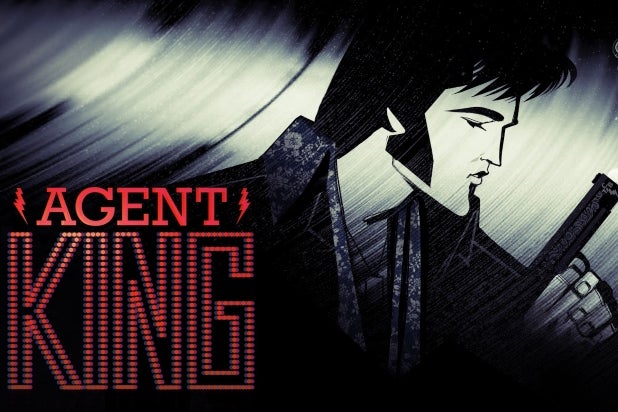 Netflix has given a series order to Elvis adult animated action comedy series “Agent King.” The project was announced Thursday, the 42nd anniversary of Elvis’ death.

According to Netflix’s description, Elvis Presley trades in his white jumpsuit for a jet pack when he is covertly inducted into a secret government spy program to help battle the dark forces that threaten the country he loves — all while holding down his day job as the King of Rock & Roll.

“From the time Elvis was a young boy he always dreamed of being the superhero fighting crime and saving the world! Agent King lets him do just that. My co-creator John Eddie and I are so excited to be working with Netflix and Sony Animation on this amazing project and getting the chance to show the world an Elvis they haven’t seen before,” Priscilla Presley said.

The Evolution of Eugenio Derbez, from 'La Familia P. Luche' to 'Dora and the Lost City of Gold' (Photos)

Derbez began his career in sketch comedy in Mexico, later moving to the United States for roles in “Overboard” and “Dora”

In the early '90s, there was an up-and-coming comedian who could morph in and out of characters at the drop of a dime. If you looked at the U.S. box office, you might say i’m talking about “Ace Ventura” and “The Mask” star Jim Carrey. But in Latin America, the man with the elastic face and an unlimited reservoir of charisma was Eugenio Derbez, who in 1993 got his first variety sketch show and rose to fame with Spanish speaking audiences. Derbez is now starring in “Dora and the Lost City of Gold,” Paramount’s adaptation of the Nickelodeon children’s show. How did Derbez go from sketch comedy to American movie star? TheWrap has tracked his evolution below.