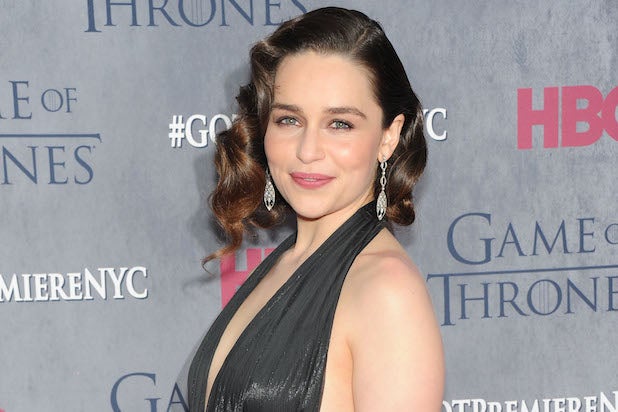 Sucsy is attached to direct from a script by Sheldon Turner (“Up in the Air”) and David Auburn (“Proof”), who adapted Jeff Guinn’s non-fiction book “Go Down Together: The True, Untold Story of Bonnie and Clyde.”

“Go Down Together” is a revisionist take on the legend of Clyde Barrow and femme fatale Bonnie Parker, young lovers who left at least seven bodies in their wake as they robbed banks throughout the Depression-era South.

Hoult’s casting had been recently rumored, while Clarke is newly linked to the project, which has been in development for several years.

Sean Furst and Bryan Furst are producing along with financier Marissa McMahon of Kamala Films. McMahon, daughter-in-law of WWE honcho Vince McMahon, paid for the book option and development.

CAA is representing U.S. rights, while Sierra/Affinity will shop the project to foreign buyers at Cannes.

Hoult will soon be seen as Beast in Bryan Singer‘s “X-Men: Days of Future Past,” while Clarke is currently filming the role of Sarah Connor in Paramount’s new “Terminator” movie.