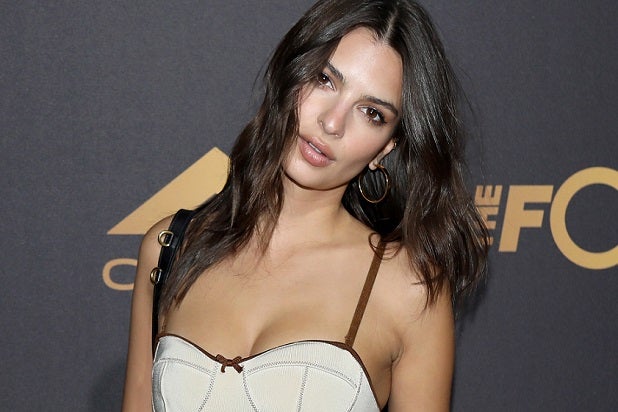 Emily Ratajkowski has opened up about criticism of her Love advent calendar shoot, which featured the model/actress writhing in pasta while clad in lingerie, characterizing the reaction as “classic sexism.”

In a Twitter post Wednesday, Ratajkowski denied saying that the shoot was a “feminist statement,” but defended the shoot nonetheless.

“Lol never said my love video was a feminist statement. But now it’s worth saying that telling women what to do with their bodies & sexuality is actually just classic sexism,” she wrote. “I can have opinions about feminism & also do sexy photo shoots k thanks.”

Ratajkowski expanded her thoughts on the subject in a follow-up tweet that also touched on the sexual misconduct scandal surrounding Harvey Weinstein.

“In the wake of the Harvey fallout and women coming forward with incredible amounts of sexual harassment cases, I have been so disappointed to hear women talk about ‘modesty’ and ‘our responsibility’ as if we need to, yet again, adjust to make it ‘easier’ for the rest of the world,” Ratajkowski tweeted. “I’m tired of having to consider how I might be perceived by men if I wear the short skirt or post a sexy Instagram. I want to do what I want to do.”

She came under fire for the shoot, which she posted images from on her Instagram account over the weekend, notably from British media personality Piers Morgan, who frequently criticizes Ratajkowski for espousing feminism while posing naked or partially clothed.

“This is Emily Ratajkowski ‘promoting feminism. Somewhere, Emmeline Pankhurst just vomited,” Morgan tweeted, along with a collage of the images, on Tuesday, referring to the leader of the British suffragette movement.

The following day, Morgan once again lashed out at Ratajkowski,  calling her a “global bimbo” during Wednesday’s edition of “Good Morning Britain.”

Lol never said my love video was a feminist statement. But now it’s worth saying that telling women what to do with their bodies & sexuality is actually just classic sexism. I️ can have opinions about feminism & also do sexy photo shoots k thanks