This is not a drill: Eminem dropped a surprise album overnight and fans can’t handle the news — or the lyrics on “Kamikaze.” Imagine how the emcees Slim Shady calls out across 13 tracks must feel about this angry response to the unfavorable reception of Marshall Mathers’ previous release “Revival”?

Pretty much no one is safe on this one — and that danger zone extends beyond his fellow rappers and all the way to Harvey Weinstein and Donald Trump, among plenty of other on-wax victims.

Below are some of the choice Twitter reactions to “Kamikaze” (that are clean enough for us to share). The album is currently for sale on iTunes for $9.99.

Our readers can listen to Track No. 3, “Lucky You” (feat. Joyner Lucas) by clicking “Play” above. We’ve got another new song for you at the bottom of this post.

What artist you know that drops an album without saying a word about it and its #1 trending in less than 30 mins? 🤣 @eminem is a rap god

one listen in and whoooo this eminem slaps.

#Kamikaze Eminem really single handedly put all these rappers in their place….. He didn't come to play pic.twitter.com/08NIvPHOCW

I am shooketh @Eminem

Eminem: …if you ain't Kendrick or Cole or Sean then you're a goner. #Kamikaze

Yeah sex is good but have you ever listened to a surprise album from @Eminem on the Friday before a 3 day weekend?

"All I know is I wrote every single word of everything I ever murdered
Time to separate the sheep from goats
And I got no faith in your writers, I don't believe in ghosts."

Here’s what Eminem posted on his own Twitter page:

Tried not 2 overthink this 1… enjoy. 🖕#KAMIKAZE Out Now – https://t.co/ANw73KbwMt pic.twitter.com/qfQoTYBTUy

Yes, that cover art is an homage to fellow white rapper the Beastie Boys’ 1986 release, “Licensed to Ill.” See that one here: 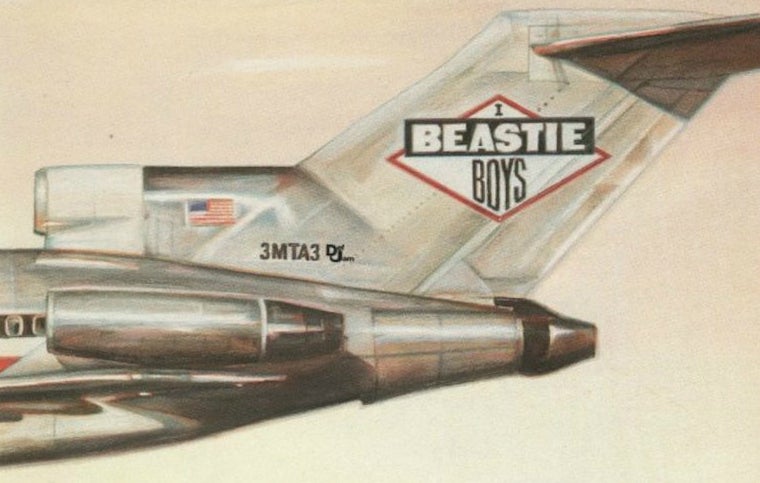 Finally, here is that second track we promised: