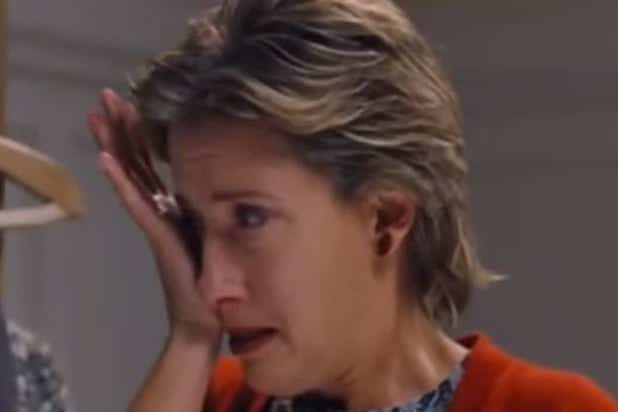 Holiday movie staple “Love Actually” has taken on a new dimension now that its star Emma Thompson has revealed that a scene in the 2003 film was inspired by her own real-life turmoil.

The scene in question is when her character Karen collapses into tears after she discovers a piece of jewelry that her husband (played by the late Alan Rickman) bought a mistress.

“That scene where my character is standing by the bed crying is so well known because it’s something everyone’s been through,” Thompson said during an event at the Tricycle Theatre in London in February 2018, according to The Telegraph.

The two-time Oscar winner then specified what fueled her performance in that moment in the film: Her ex-husband, actor-director Kenneth Branagh, cheated on her.

“I had my heart very badly broken by Ken,” she said. “So I knew what it was like to find the necklace that wasn’t meant for me. Well it wasn’t exactly that, but we’ve all been through it.”

Thompson and Branagh ended their six-year marriage in 1995 after Branagh had an affair with Helena Bonham Carter. Branagh and Carter met on the set of 1994’s “Mary Shelley’s Frankenstein.” Thompson has since forgiven the actress for the tryst.

And now that you know, rewatch the scene here: