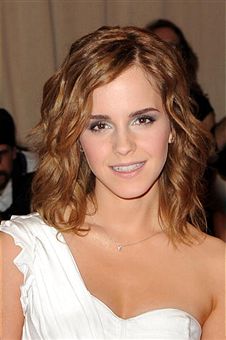 "Harry Potter" star Emma Watson and "Percy Jackson" himself, Logan Lerman, are in talks to star in the indie coming-of-age drama "The Perks of Being a Wallflower," reports Variety.

"The Perks of Being a Wallflower" has become something of a cult classic since it was first published in 1999. The novel is narrated by a shy and unpopular teenager who describes his life by writing a series of letters to an anonymous person, and explores the common adolescent themes of drug use and sexuality.

While Watson starred in the 2007 telepic "Ballet Shoes" and provided a voice in the 2008 animated movie "The Tale of Despereaux," the 20 year-old actress has never appeared in another live-action feature film outside of the "Harry Potter" series, which is set to end in July 2011 with the release of "Harry Potter and the Death Hallows: Part II." "Part I" opens November 19. 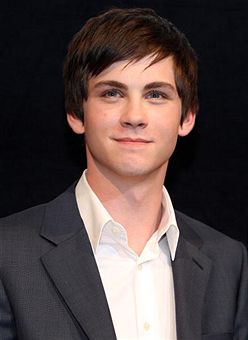 I must confess to never having seen a "Harry Potter" movie (the boy wizard just isn’t my bag, baby!) so I can’t say I’m familiar with Watson’s work, but she’s always struck me as being above the Hollywood fray that most young actresses are caught up in, and I expect her to have solid chemistry with the wholly likable Lerman, whose casting as D’Artagnan in Paul W.S. Anderson’s 3D adaptation of "The Three Musketeers" effectively took him out of the running to play Peter Parker in Sony’s "Spider-Man" reboot.

Chbosky previously worked as a writer and exec producer on CBS’ "Jericho." He also wrote the big-screen adaptation of "Rent" and exec produced the Dowdle Brothers’ still-unreleased horror film "The Poughkeepsie Tapes," which stars his sister, Stacy.

Both Watson and Lerman are represented by WME.