For the past two years, Watts has served with Alex Young as co-president of production. Young has returned to a production deal with the studio. According to some insiders, Young clashed with Watts, and eventually wore out his welcome by frustrating executives and producers who found it hard to get decisions made in a timely manner. 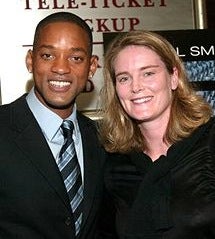 The deal is reportedly a multi-year pact that covers the next three years.

"It is always especially gratifying when we can turn to the strength of our bench to promote the next generation of star executives and in the process rewarding outstanding achievement," Fox Filmed Entertainment chairmen Tom Rothman and Jim Gianopulos said in a statement."

Watts has been with the company for 11 years, having joined Fox as a creative executive in 1998. She later moved on to work as director of development at Oliver Stone’s Illusion Entertainment.