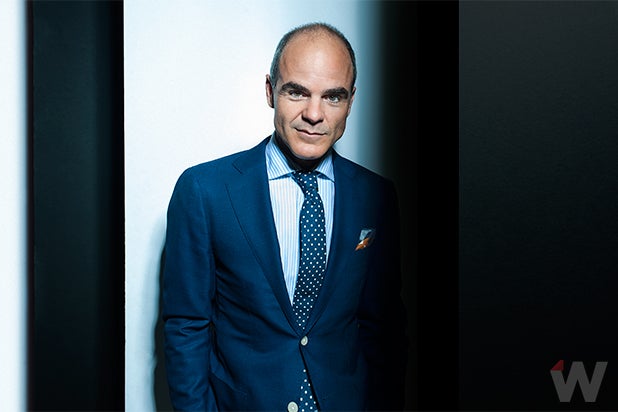 Thursday’s Emmy nominations saw “House of Cards” star Michael Kelly once again get a nod in the Supporting Actor in a Drama Series category.

And in securing the nomination, Kelly and his wife, Karyn, broke a longstanding curse that has been in place since they got together.

“My wife was like, ‘You’re definitely not going to get nominated this year because we’re together,'” Kelly told TheWrap. “The joke there being that we are never together when I get good news. And then, right when she said that, my phone blew up.

“And my kids are 4 and 7 — they’re jumping up and down. They’re excited, but they have no idea what it means,” he said with a laugh.

Kelly was not the only “House of Cards” actor to get a nomination. In addition to Kevin Spacey and Robin Wright, Reg E. Cathey, Paul Sparks and Mahershala Ali will battle it out in the Outstanding Guest Actor in a Drama Series category.

“They do such an amazing job casting that show,” Kelly said. “I’m so appreciative that the show is so widely regarded and to be a part of that group. It’s really, really special.”

But what it is about his character, Doug Stamper, that has so engrossed audiences for the past four seasons?

“It’s the writing of the show,” he said. “These characters are so interesting. Doug Stamper is a really complex dude. People always say he’s a bad guy, and I say, ‘He’s not a bad guy. He’s just complicated.’ I love playing him, so I find him compelling.”