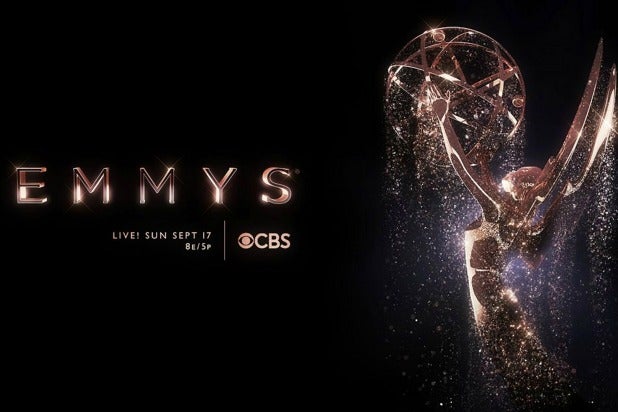 The Emmys ceremony is a giant production, and TV viewers only get to see a glimpse of the whole shebang.

Here are some moments that weren’t featured on TV that we got to witness firsthand at the Microsoft Theater in Los Angeles.

This is the first year that the Red Carpet got air conditioning. After last year’s heat wave, stars and press were treated to much cooler temperatures this year than last year. (Interestingly, the show opened with a sketch in which Allison Janney worried about several problems, including global warming.)

What you don’t notice on the Red Carpet shows are all of the publicists that follow around the stars. They help place any super-long or complicated dress trains and arrange photographs and interviews along the carpet and keep things moving. They have to glam up too — only formal dress on the Red Carpet — but aren’t really shown on TV.

Streets throughout downtown LA are blocked off hours ahead of the show, and you need a special pass just to get within a block or two of the Microsoft Theater. Police and security guards are posted on just about every corner around the theater, and you can expect near-TSA levels of security to get in.

4. LA Live is transformed into a “Westworld” worthy maze

If you live in LA and have been to LA Live downtown, you can expect to feel like the Man in Black searching for the center of the “Westworld” maze come Emmys Day. Regular entrances and parking structures are blocked off to make a maze-like red carpet that gets everyone exactly where they’re supposed to go — and nowhere they aren’t supposed to be.

5. Celebs need down time, too

Spotted: Shannon Purser (“Stranger Things”) strolling into the Marriott before the show, where Sterling K. Brown (“This Is US”) was also seen chilling on his phone after hitting the Red Carpet.

Sorry to all the stars, who have to fast during the three-hour ceremony (as Stephen Colbert joked in his opening monologue, they’ve eaten nothing but “water and Crest White Strips”). Hardworking journalists in the press room are fed, however.

When asked by reporters backstage what makes the perfect “Voice” contestant, producer Audrey Morissey highlighted “a perfect voice, a perfect attitude [and] a great story helps.” She added, “But it’s really the attitude… and just to try their best week after week.”

Nearly every show or winner that visited the press room mentioned how this year of TV has been great for representing a vast spectrum of female characters on screen. Here’s Julia Louis-Dreyfus’ take on whether this female movement will continue: “God, I hope so. Let’s hope this is the beginning of something even better in our country and in the world. And I think the world would be a better place if women were in charge, frankly.”