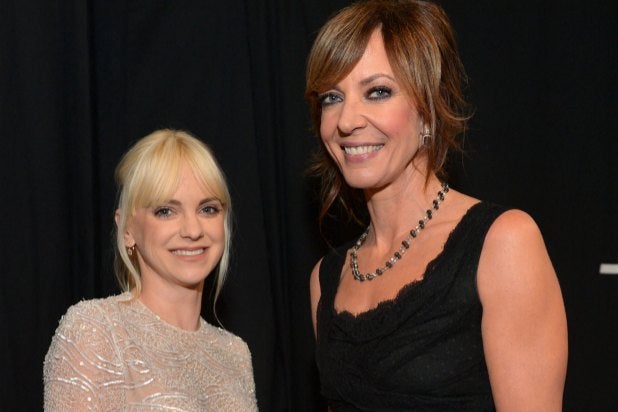 Allison Janney is further etched into the Emmy history books, thanks to her Best Supporting Actress in a Comedy Series win for “Mom” on Sunday night.

The win ties Janney with actors Ed Asner and Mary Tyler Moore for a total of seven acting prizes from the TV Academy. The only performer with more, a total of eight, is Cloris Leachman.

“There were eight of us in this category, and I feel like I won the lottery,” Janney said of fellow nominees like Jane Krakowski and Kate McKinnon.

Janney stars as Bonnie Plunkett, a recovering drug addict and alcoholic whose daughter is faced wit the same problems (Anna Farris). Janney discussed the privilege and responsibility of depicting addiction on television.

“There is hope,” she said. “There is lots and lots of hope.”