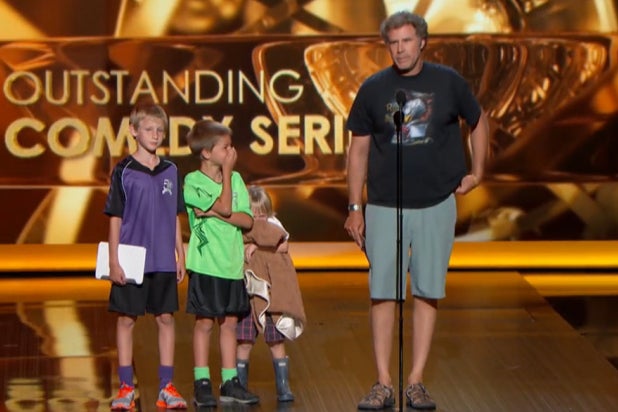 Not dressed for the occasion and with three kids in tow, Will Ferrell was ill-prepared to deliver the final two Emmy awards Sunday night.

Or at least that was the joke.

“Unfortunately, Helen Mirren and Maggie Smith dropped out at the last second and they called me literally 45 minutes ago and I couldn’t find child care, OK?” Ferrell deadpanned. “We had a soccer game, there was a neighbor’s birthday party, a nut allergy, I didn’t have time to do my hair — it doesn’t matter, it’s great to be here.”