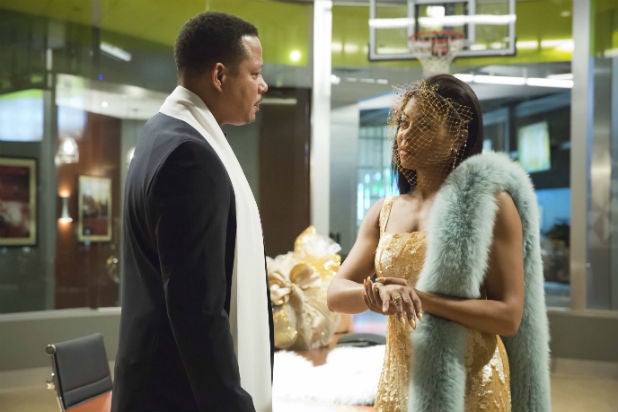 (Spoiler alert: Do not keep reading if you did not see this week’s episode of “Empire”)

“Empire” fans are in freefall today after the potentially fatal conclusion of last night’s episode.

At the ASA Awards ceremony, Frida Gatz (Bre-Z) finally learns it was Lucious (Terrence Howard) who ordered the death of her father. She grabs a gun and approaches him from behind, but Jamal (Jussie Smollett) tries to intercede. The episode ends with Jamal taking a bullet for his father and bleeding out on the red carpet.

Fans were understandably shocked, particularly after Smollett posted a tweet that many interpreted as an announcement of his departure from the show. Representatives for Fox have not responded to TheWrap’s request for comment on Smollett’s possible exit, but fans are already in tears.

Read some of their reactions below

I probably won’t be watching #Empire anymore if @JussieSmollett leaves the show.

How are we going to have Empire without Jamal….? HOW? I need answers gosh dangit! #Empire #EmpireonFox

What is #Empire without Jamal Lyon ??

Me after watching #Empire O.M.G!! pic.twitter.com/5OB47EKuxW

So Jamal is gonna die on #Empire although he might leave the show. I’m going to die. And I will not watch another episode if he leaves.

#empire omfg. I would be done with it if there is no @JussieSmollettpic.twitter.com/DiJN2airhz