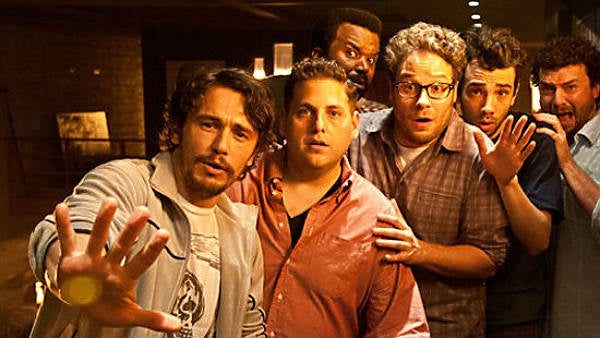 "This Is the End," Seth Rogen and Evan Goldberg's directorial debut, will not be kind to a slew of celebrities making cameos.

Following Monday's April Fool's joke of a "Pineapple Express 2" trailer, Sony has released the first full trailer for the comedy, which already features the deaths of Michael Cera, Jason Segel and Rihanna.

Watch the red band trailer (and beware of all sorts of foul-mouthed humor to follow):