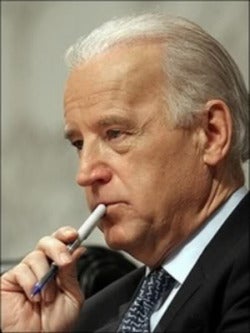 The federal government has come out in a big way in support of antipiracy efforts this week.

On Monday, Congress gave the green light to $30 million in grants to states and local governments to reduce illegal downloading.

At the same time, law enforcement officials announced they had seized $26 million in counterfeit and pirated products as part of its Operation Holiday Hoax crackdown.

On Tuesday, a Christmas season that’s been so good to the entertainment business, at least inside the Beltway, kept giving. An industry that has been battered by an ever-growing appetite for unauthorized trading of records, television shows and films was thrilled that its complaints seemed to be resonating in Washington.

The various groups released this statement following their Capitol powwow:

“We thank the vice president and the administration for recognizing that the entertainment industry is a key driver of the U.S. economy, that piracy poses a grave threat to the health and vitality of our business and those who create and work in it, and that we must take steps now to protect this great American industry for future generations.

“The motion picture, television and sound recordings business is a vibrant and critical part of the U.S. economy, responsible for employing 2.4 million workers and generating $41 billion in wages and earnings in the United States and creating one of the few remaining trade surpluses in our economy…

"The entertainment industry is at great risk of faltering due to rampant digital theft, as the piracy of films, television programs and sound recordings grows exponentially every year. Without action, as online theft continues unabated and grows ever easier with a click of the mouse, revenues will drop, leading to a decline in jobs, in funding for our health and pension plans and in the number and quality of new films and television programs and new sound recordings.

"But if intellectual property can be protected from the insidious threat posed by digital theft and counterfeiting, the Internet can become the vehicle for innovation, creation, ingenuity and job growth, instead of the undoing of a vital domestic industry. This is wholly dependent upon the creation and implementation of regulations, laws and programs to prevent, deter and enforce against the crime of digital theft."