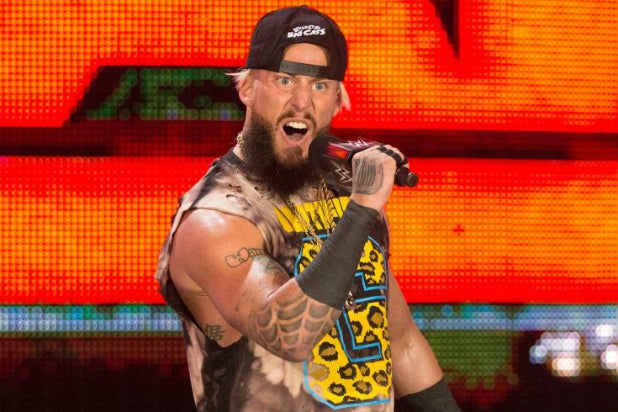 “Over the last two days, Philomena Sheahan has made multiple public accusations against Eric Arndt (Enzo Amore with the WWE), including allegations of sexual misconduct concerning an October 2017 incident in Phoenix,” the pro wrestler’s attorney said in a statement. “Mr. Arndt fully and unequivocally denies those accusations. He is cooperating with the authorities in this matter and looks forward to having it resolved in a timely manner. Neither Mr. Arndt nor his counsel will be making any further public comments on this matter.”

Amore was suspended by WWE yesterday when the sexual assault accusation first came out on Twitter. He was released by Vince McMahon’s company today.

When TheWrap asked Phoenix P.D. on Monday about the case, Sgt. Vince Lewis said via email: “On Monday, Oct. 23, 2017, at around 2:30 p.m., Phoenix Police responded to a local hospital for a call of a sexual assault that had reportedly occurred on October 19, 2017 at 401 West Clarendon Avenue.”

That address belongs to The Clarendon Hotel and Spa.

“This case is under investigation,” Lewis said.

Amore’s Instagram places him in Phoenix on the day of the assault.

Amore’s accuser wrote the following Monday on Twitter: “OKAY..it’s been long enough & I have been so so scared to share this. I was raped in mid October by the WWE Enzo Amore (also known as Eric Arden) & Tyler Grosso & TOOPOOR let it happen as accomplices. I was in a mental hospital for 45 days after it. They ARE NOT good people.”

Read more about the allegation here. Warning: graphic detail exists in that story.