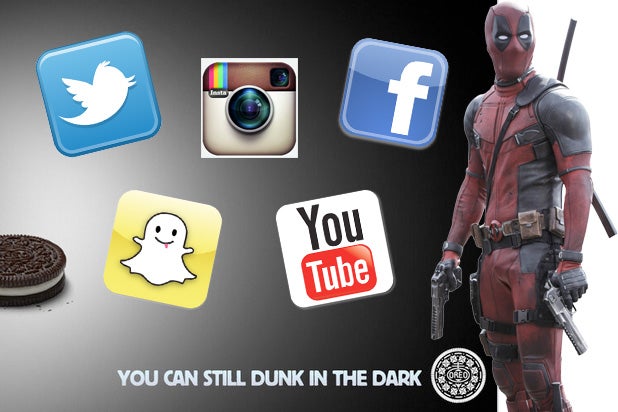 Running a software company that publishes online video to social media platforms, I am often contacted by the marketing departments of Hollywood and traditional entertainment companies.

Typically, when these companies think Facebook, Instagram or Twitter, they think marketing. It’s not surprising, because they often were first introduced to these platforms by advertising and marketing agencies. As well, representatives from the platforms frequently meet with the marketing departments to secure ad deals. In turn, I’m often asked about best practices for promoting content on social.

But these questions contain a fundamental error. What they should be asking is, “How do I make content that can work across all these social platforms as entertaining content, not just as promotional material?”

Online video is changing the rules about entertainment in many ways. Here’s one that traditional media companies should internalize as they push online: Everything about a media property is content, even the allegedly promotional material.

As such, it will be judged by digital audiences as content, not as a sales pitch. And if the marketing material isn’t a compelling entertainment experience, it will get ignored, skipped or blocked. This has lots of implications for the way the entertainment business operates online.

On Facebook, for instance, if a post doesn’t get much engagement, it quickly falls out of the Newsfeed. It might as well never have been posted.

Far worse, one ignored post can affect the reach of subsequent posts. Facebook will think your audience does not care for what you’re publishing. The effects can snowball and we’ve all heard complaints about low reach. That means, even if there’s a paid marketing campaign on Facebook, it had better be as compelling as the actual core property it’s touting.

Also Read: Your Facebook's Live Video Is About to Look Crazier

Neither looks like a traditional media outlet, but both have millions of users who watch billions of hours of programming and then talk about and share it with each other. And other video platforms are becoming influential, including Twitter and its Vine and Periscope apps, Instagram, Snapchat and now even super-powered chat/messaging apps.

If you want to see a model for treating every touchpoint on every social platform as content, study the online video creators who grew up on these platforms. They almost never delineate between content and marketing.

To them, it’s just a content pyramid of different formats, edits, video, photos, text, memes, GIFs, Vines, Snaps and more. It’s all content and it’s all crafted with the same voice and authenticity as their longest video edits.

So the most important advice to succeed with an online entertainment property is less about specific tactics and more about how your organization approaches the creative challenge. Here are some tips:

• Remove corporate silos that separate marketing from video content creation, to improve the effectiveness and nimbleness of both. You need the same voice, tone and creative vision whether you’re doing a 20-minute video or a Tweet. If your video creators are not ready to be creative across platforms and formats, they’re not really ready to succeed in online video. Conversely, if the video unit is constrained by separate marketing and social teams, they won’t have the freedom to flow with the platforms and hone their creative craft.  Remember, social platforms are video platforms and video platforms are social.

• Embrace authenticity. Authenticity and audience/creator connection are often more important online than are traditional definitions of production quality. Even marketing content has to meet this first principle of online, or it will undercut good work elsewhere.

• Go for real-time relevance over perfection. It’s not effective to have a top YouTuber make exclusive content for your OTT or VOD service, then have them move on before you’ve finished post production and marketing planning. Exclusive content needs to flow with the creator’s life and their ongoing broader dialogue with their fan community dialogue. If your content is out of sync with that dialogue, it will feel weird to fans and you will be less effective.

• Speed legal review, so creative teams can quickly riff on and respond to events and opportunities. Think how big a splash Oreo made when it quickly posted an on-point tweet during the 2013 Super Bowl power outage:

Power out? No problem. pic.twitter.com/dnQ7pOgC

The same, as much as possible, needs to happen in the fast-moving new world of online video, and in promoting it. You can’t hold social back to the speed of legal.

• Contract video creators to deliver more than just a video asset. You’re working with online-video stars because they have a proven fan following across multiple platforms. They’ve been using that following to win on YouTube and beyond. Make sure they also use that following to engage their fans, across all their platforms, with your content on your platform.

More generally, instead of asking about the latest tactical tips and tricks, entertainment companies should focus on a holistic approach with their online initiatives, and break down organizational barriers and old silos to take advantage of the new entertainment paradigms.

Nimbleness, authenticity, and treating every consumer touchpoint as content are the keys to success online. After you’ve done that, come see me with your integrated, multi-platform content team and we’ll talk about the latest tips and tricks.