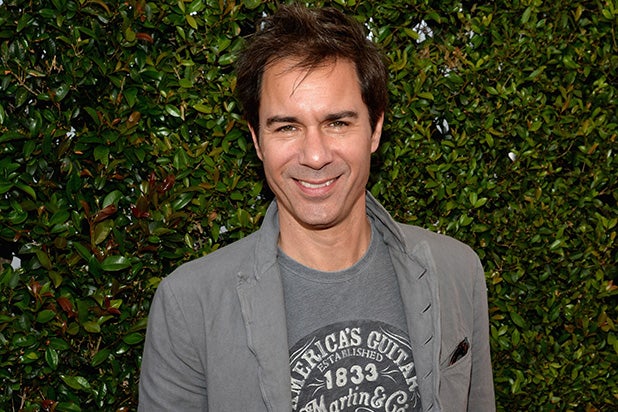 Eric McCormack is going back in time — well, after he leaps ahead about a few hundred years, that is.

Netflix has picked up “Travelers,” a time-travel series starring the “Will & Grace” actor. The sci-fi series will premiere on Netflix everywhere but Canada later this year. The show will run on Showcase in the Great White North.

Here’s the official series description: Hundreds of years from now, the last surviving humans discover the means of sending consciousness back through time, directly into people in the 21st century. These “travelers” assume the lives of seemingly random people, while secretly working as teams to perform missions in order to save humanity from a terrible future. Armed only with their knowledge of history and an archive of social media profiles, the travelers discover that 21st century lives and relationships are as much a challenge as their high-stakes missions.

The series is written, created and produced by Brad Wright, co-creator of “Stargate SG-1” and creator of related franchises “Stargate: Atlantis” and “SGU.” The pilot is being directed by Nick Hurran (“Sherlock”), with Andy Mikita (“Lost Girl”), Helen Shaver (“Vikings”), Martin Wood (“Killjoys”), Will Waring (“Continuum”) and Amanda Tapping (“Continuum”) all tapped to direct episodes in the inaugural season.

“My old friend Brad Wright has created a fantastic, complex story with some very rich and complicated characters, and I’m awfully happy to be one of them,” said McCormack.

“We’re thrilled to be working with Showcase and Netflix and are so proud that ‘Travelers’ was originally developed at the CFC Prime Time TV Program with Canadian writers,” added Wright. “We’re excited to work with this amazing cast led by Eric McCormack. It’s all a dream come true for a Scarborough boy like me.”

“Travelers” is produced by Peacock Alley Entertainment Inc., in association with Showcase and Netflix.