The Power Women Summit brings together 1,500 of the most influential women from the entertainment, media and technology industries, making it the largest gathering of its kind.

With the theme of “Toward 50/50,” the event highlights women of achievement, encourages discussion on topics of impact and creates a lasting community of powerful women. The summit will provide two days of education, mentorship, workshops and networking. 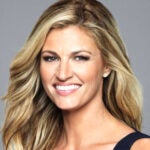 Andrews just started taping her 11th season as co-host of ABC’s long-running reality series, “Dancing with the Stars,” alongside Tom Bergeron. Most recently, Andrews debuted her first-ever collection of game day apparel with her brand WEAR by Erin Andrews. 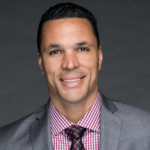 Pro Football Hall of Famer Tony Gonzalez is a former Kansas City Chief and Atlanta Falcons All-Pro tight-end. After a 17-year long career, he is now a fixture on Fox NFL Kickoff every Sunday, as well as the new Fox NFL Thursday pre-game show.

In addition to being a sports analyst, Gonzalez recently launched his own podcast, “Wide Open with Tony Gonzalez.” 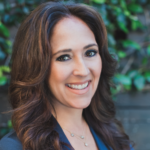 Constance Schwartz-Morini is partner and co-founder of SMAC Entertainment (Sports, Media and Culture), where she manages a roster of top talent including Pro Football Hall of Famers: Michael Strahan, Tony Gonzalez, and Deion Sanders, as well as Curt Menefee, Brian Orakpo, Michael Griffin, and Wiz Khalifa. Schwartz-Morini is the engineer behind Michael Strahan transitioning his career from a Super Bowl Champion to an Emmy-winner, entrepreneur, New York Times best-selling author, and one of America’s top media personalities today. 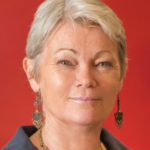 Tracy Edwards gained international fame in 1990 as the skipper of the first all-female crew to sail around the world when they raced in the 1989/90 Whitbread Round the World Race. The ship ‘Maiden’ won two legs and came second overall in her class, the best result for a British boat since 1977 and unbeaten to this day. Tracy was awarded Member of the Order of the British Empire and became the first woman in its 34-year history to be awarded the Yachtsman of the Year Trophy. She paved the way for other women to follow.