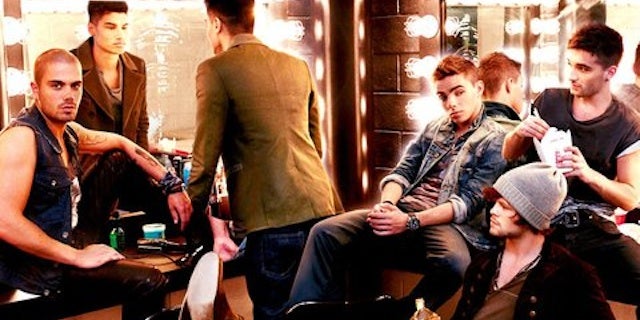 Boy bands will be boy bands.

That's what music manager Scooter Braun is dealing with in a new video preview from The Wanted's upcoming E! reality show.

So, when he tells the boys that "you guys show up saying 'My voice is gone, because I went out last night' more than any group I've ever seen," Braun definitely has a point of reference and a pretty good example.

Apparently, the guys showed up drunk to their appearance at the Macy's Thanksgiving Day Parade.

In a second clip from the unscripted show produced by Ryan Seacrest Productions, Scooter Braun Projects and Global Talent TV, the boys get to work with one of the most sought after songwriters in the music business,  Wayne Hector.

"The Wanted Life," which follows the guys as they prep for their U.S. and European tours, premieres Sunday, June 2 at 10 p.m./9c.

Watch the previews below: