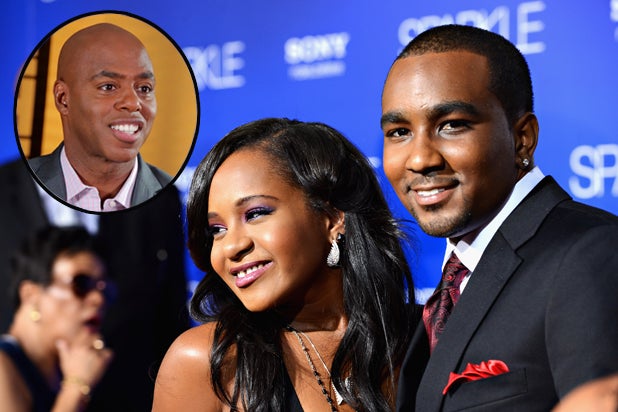 Nick Gordon, the boyfriend of Bobbi Kristina Brown — who died Sunday at age 22 after months of clinging to her life — will face “serious” legal action as the result of her death, “Entertainment Tonight”  co-host Kevin Frazier told TheWrap.

“I believe with the whole Nick situation, you will see legal action move swiftly and it will be serious,” Frazier, a longtime friend of Whitney Houston’s family, said.

Brown, the daughter of Houston and singer Bobby Brown, who was found face-down and unresponsive in her Roswell, Georgia, home on January 31, died Sunday  at Peachtree Christian Hospice in Duluth, Georgia. Her relationship with Gordon, who entered rehab following Brown’s hospitalization, had been marked by controversy.

Gordon is being sued for $10 million by Bobbi Kristina’s court-appointed conservator, who alleges that Gordon assaulted Brown and transferred funds to himself from her bank account without her permission.

“I think that Nick Gordon was not formally charged with murder since Bobbi Kristina was still alive, but now that she has passed on, there is more than likely a charge coming soon for, if not murder, second degree murder which is an unintentional killing that resulted in death,” Davis said.

Frazier declined to comment on whether any new charges against Gordon would be criminal or civil, but noted, “I do believe there will be repercussions for her death, and they’ve been waiting for her to pass away before they begin the process. First they have to bury this child.”

“There was a point when everyone came together, issues with Nick Gordon and the hospice,” Frasier said. “But let me say this — this is the moment where everything can splinter apart. It’s not as much Pat and Bobby as it is peripheral people stepping in. There are lot of people who are acting like vultures, and it was the same with Whitney’s death.”

Bobbi Kristina was hospitalized nearly three years to the day after the February 2012 death of her mother, who was also found in a bathtub. Frazier noted that the past six months have been stressful on the family not just because of Bobbi Kristina’s condition, but because the situation also triggered memories of Houston’s tragic death.

“The family has been waiting for this, and I think even they were surprised at how strong she was. They eventually made peace with what was happening, and that took a moment. It’s still a hard thing to deal with because you’ve lost this person who was a connection to another person that meant the world to you,” Frazier noted.

“I don’t understand how they’ve made it through these incredible tragedies. These horrible situations could’ve been prevented. They’ve had to sit there for months not just dealing with Krissy, but reexamining the Whitney situation,” he added.

Tune in to “Entertainment Tonight” for further reports on Bobbi Kristina Brown’s death.