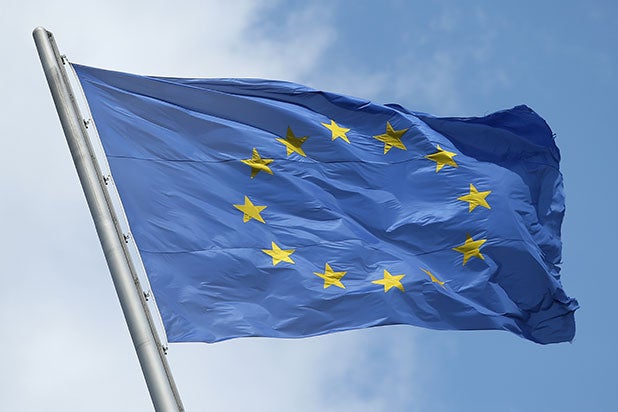 The European Union has launched an antitrust case against six Hollywood movie studios as well as British pay-TV provider Sky UK, claiming that they have illegally blocked consumers elsewhere in Europe from watching U.S. movies and TV shows, although these viewers should be allowed access.

The studios include Walt Disney Studios, NBCUniversal, Paramount Pictures, Sony Pictures Entertainment, 20th Century Fox and Warner Bros., and they each could face fines up to 10 percent of their annual sales for the alleged improper licensing contracts with Sky UK.

These contracts prohibit viewers outside Britain and Ireland from accessing Sky UK’s programming. In return, the studios have to prevent other broadcasters from making their pay TV services available in the U.K. and Ireland, giving Sky UK “territorial exclusivity.”

“European consumers want to watch the pay-TV channels of their choice regardless of where they live or travel in the EU,” Margrethe Vestager, the EU’s commissioner in charge of competition policy, said in a statement. “Our investigation shows that they cannot do this today.”

According to European Union regulators, these agreements violate competition rules. The European Commission sent a Statement of Objections to the seven companies. Sky UK has confirmed that they have received the statement, but would “respond in due course.”

The statement comes after an investigation that began in January 2014, which looks at agreements between major studios and various European pay-TV provides, such as France’s Canal Plus, Spain’s DTS, Italy’s Sky Italia and Sky Deutschland in Germany.

Typically, regulators said, the studios license their content to one pay-TV provider in each European Union country. However, in this particular licensing agreement, the content is exclusive to Sky UK, which, according to regulators, violates rules against anti-competitive agreements.

The EU commission said that it would suggest changes to EU copyright laws in order for everyone to have access to online content and Sky’s pay TV services. Officials want “to ensure that users who buy online content such as films, music or articles at home can enjoy them while traveling across Europe,” the commission said.