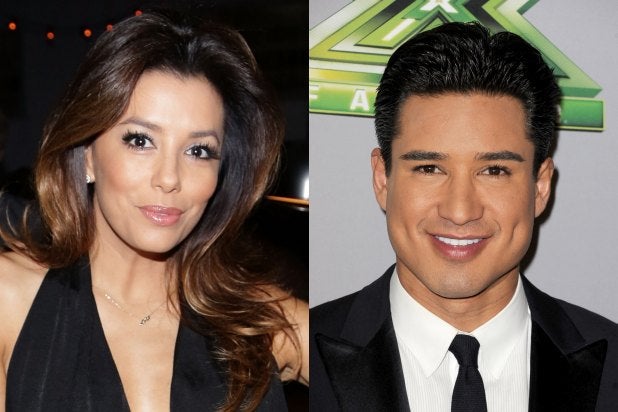 For the second year in a row, former “Desperate Housewives” star Eva Longoria and “Extra’s” Mario Lopez will split hosting duties at the 2014 NCLR ALMA Awards, the organization announced Tuesday. This will be Longoria’s eighth time hosting the event, which celebrates Latinos in media and entertainment.

Guillermo del Toro has been announced as an honoree at this year’s ceremony. The “Pacific Rim” and “Pan’s Labyrinth” director will receive the award for Industry Excellence, presented by actress Zoe Saldana.

Longoria and Janet Murguía, President and CEO of NCLR, will serve as executive producers.

Aubrey Plaza is slated to attend as a presenter as well.

During a one-hour live-streamed pre-show, entertainer Charo will be presented with the Ricardo Montalban Award for Lifetime Achievement.