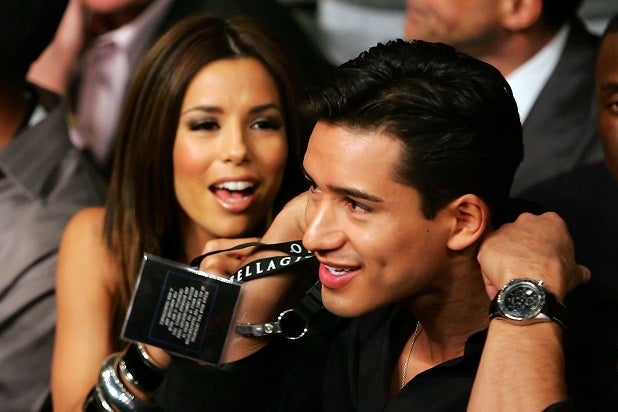 Honorees at this year’s ceremony include “El Mariachi” director Robert Rodriguez, who’ll be presented with the Anthony Quinn Award for Industry Excellence by his “Sin City” star Jessica Alba, and Rosario Dawson (also an alum of “Sin City”), who’ll be recognized for her activism with the Outstanding Commitment to Cause and Community Award.

Guitarist Carlos Santana will also receive the Outstanding Commitment to Cause and Community Award for his efforts to increase underprivileged youths’ access to the arts, education and health care.

Along with Alba, other presenters at this year’s awards ceremony — which airs live on MSNBC on Sept. 27 at 10 p.m. ET/7 PT — include “Filly Brown” star Gina Rodriguez, “Modern Family” actor Rico Rodriguez, and the casts of NBC’s “Welcome to the Family” and Lifetime’s “Devious Maids” (the latter of which is executive produced by Longoria).

This year’s ALMA Awards will include three new segments, including a comedic spot with “The Daily Show” correspondent Al Madrigal.