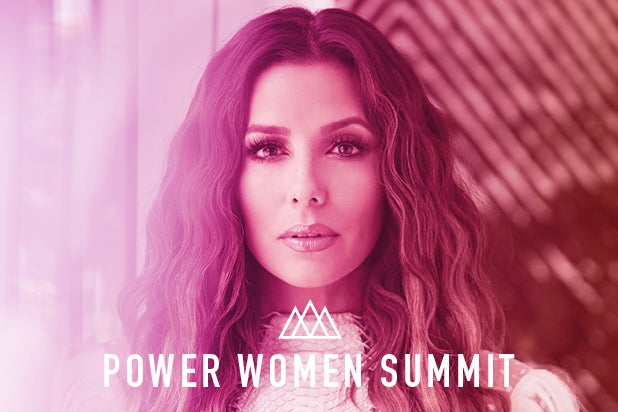 Actress, director, producer and activist Eva Longoria will serve as the keynote speaker for WrapWomen’s 2019 Power Women Summit, held at the Fairmont Miramar Hotel in Santa Monica on October 24-25.

Longoria will address diverse and female representation in Hollywood, aligning with the theme of the summit, “Toward 50/50.” Long known for her career as an actress, Longoria has shifted into a new role behind the camera, focusing on projects that accurately represent Latinx and other underrepresented communities.

Under her production company, UnbeliEVAble Entertainment, Longoria launched ABC’s “Grand Hotel,” the first major network series drama to feature a majority Latinx stars and a predominately female production crew. She has also directed episodes of “Black-ish,” “Jane the Virgin” and CW’s “Glamour,” making her only 1 of 2 Latinas to direct during the 2019 pilot season.

Longoria will soon make her feature directing debut on the Universal film “24/7,” in which she will also co-star and executive produce alongside Kerry Washington. She has also just signed on to direct Fox Searchlight’s feature film “Flamin’ Hot.”

Directing two feature films is a huge step for the entertainment industry. According to Stacy Smith’s USC Latino Inclusion Study, only one Latina in the past 12 years has directed one of the top 1,200 grossing films. Longoria recently teamed up with Emmy Award-winning writer Lena Waithe and MACRO and The Black List to launch The MACRO Episodic Lab, Powered by The Black List, which will offer people of color the opportunity to develop and produce an original digital or television script.

Longoria is also founder of the Eva Longoria Foundation, which helps Latinas build better futures for themselves and their families through education and entrepreneurship. To date, ELF has provided nearly $2 million in microloans and business training to Latina entrepreneurs, who in turn have grown their businesses and have created or retained more than 600 jobs.

The Power Women Summit brings together 1,500 of the most influential women from the entertainment, media and technology industries, making it the largest gathering of its kind. With the theme of “Toward 50/50,” the event highlights women of achievement, encourages discussion on topics of impact and creates a lasting community of powerful women. The Summit will provide two days of education, mentorship, workshops and networking.