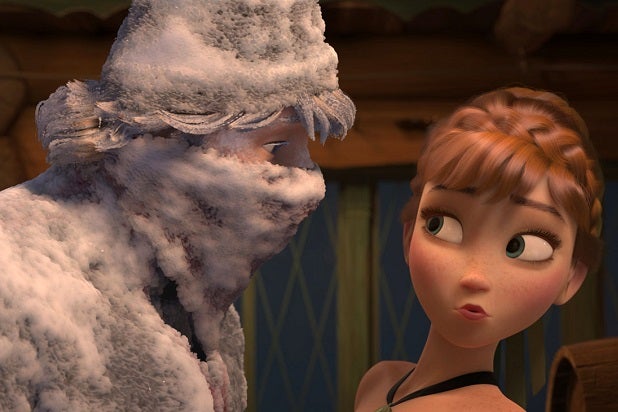 Even “Captain America: The Winter Soldier” couldn’t thaw the grip of Disney’s blockbuster “Frozen” in Japan.

Disney Animation’s musical tale of sisters Anna and Emma stayed on top for the sixth week in a row there with $7.5 million — topping the $2 million that the studio’s Marvel superhero sequel opened with this weekend in Japan.

The country is the final, and has been by far the biggest, overseas market for “Frozen.” It’s brought in more than $104 million there, ahead of the $76.9 million the film grossed in Korea.

“Frozen” is a phenomenon in Japan. Its drop this weekend was only 9 percent from last weekend’s and it’s played to almost the same numbers for its entire six-week run there.

Globally, “Frozen” hit $1.12 billion in grosses this weekend, making it the sixth-highest grossing movie of all time, passing “Lord of the Rings: Return of the King” ($1.11 billion) and “Transformers: Dark Side of the Moon” ($1.2 billion).

It’s also become the highest-grossing international animated release of all time, passing “Ice Age 4.” In all, “Frozen” has brought in more than $729 million from overseas and nearly $400 million domestically.