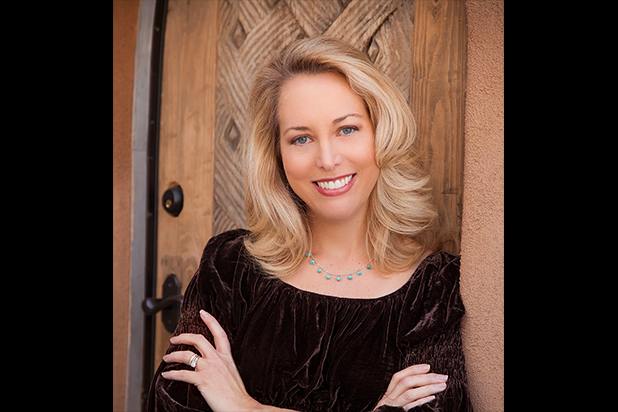 The article was posted on the Unz Review, a website that describes itself as having “controversial perspectives largely excluded from the American mainstream media.” Philip Giraldi is the author of the article, “America’s Jews Are Driving America’s Wars,” which asks if Jews should “recuse themselves when dealing with the Middle East.”

Plame Wilson apologized after a barrage of criticism, saying she “messed up.”

OK folks, look, I messed up. I skimmed this piece, zeroed in on the neocon criticism, and shared it without seeing and considering the rest.

Giraldi argues that American Jews “have been very successful at faking the Iranian threat,” convincing “nearly all Republican and most Democratic congressmen as well as much of the media” that “Iran needs to be dealt with firmly, most definitely by using the U.S. military, and the sooner the better.”

Plame Wilson retweeted the article Thursday morning with no additional commentary, but after critical replies, she initially defended her choice to share it.

“First of all, calm down. Re-tweets don’t imply endorsement. Yes, very provocative, but thoughtful. Many neocon hawks ARE Jewish,” Plame Wilson tweeted, pointing out that she of Jewish descent herself. “I am not in favor of war with Iran, or getting out of the Iran nuclear treaty,” she continued, adding that there are “simply too many who are so ready to go to war.”

She then urged her followers to read the article for themselves, and to “try, just for a moment, to put aside your biases and think clearly.”

1) First of all, calm down. Re-tweets don't imply endorsement. Yes, very provocative, but thoughtful. Many neocon hawks ARE Jewish. https://t.co/m5oGgKPo2a

2) Just FYI, I am of Jewish decent. I am not in favor of war with Iran, or getting out of the Iran nuclear treaty. There are simply https://t.co/AR3Jsl1yml

3) too many who are so ready to go to war. Haven't we had enough for awhile?
4) Read the entire article and try, just for a moment, to https://t.co/wyd3uJ06nt

put aside your biases and think clearly. https://t.co/dHsVF8ZCH6

That didn’t stop critics. Several Twitter users did read the article for themselves, finding that Giraldi calls for media outlets to label anyone Jewish that appears on a program. Giraldi says this labeling would be “kind-of-like a warning label on a bottle of rat poison.” Obviously, many, many, people have a problem with the idea of labeling Jewish people.

Here are some of the reactions:

I think YOUR biases are the ones lying totally exposed to the world.

Check your follower count if you think I am wrong.

The article is… way worse than the headline. pic.twitter.com/UL7AZSI59w

2500 years of ppl painting all jews w one brush, always evil, and you condescendingly want ppl to "think clearly?" YOU think clearly

lol at inflaming anti-semitism and then telling people to put aside their biases about an article that calls for LABELING ALL THE JEWS pic.twitter.com/O17jDyfD8X