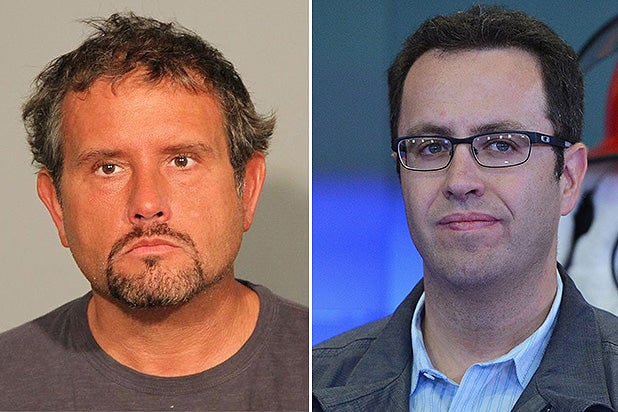 The former director of the Jared Foundation, a charity created by longtime Subway spokesman Jared Fogle, has agreed to plead guilty to 12 counts of child exploitation and one count of child pornography, federal prosecutors said Tuesday.

Russell Taylor, 44, admitted to using multiple hidden cameras in his Indianapolis-area residences to produce child pornography involving 12 minors between March 2011 and April 2015, prosecutors said, according to the AP. None of the minors were aware they were being filmed while nude, changing clothes or engaged in other activities.

Fogle came under suspicion following Taylor’s arrest in May, and he has since been bombarded with allegations in an extensive child pornography investigation. He appeared in federal court in Indianapolis, Indiana, on Aug. 19 and agreed to plead guilty to distribution and receipt of child pornography and unlawful sex acts with minors.

“Adults who sexually exploit children by producing child pornography knowingly cause vast harm to their victims and should expect appropriately strong punishment,” U.S. Attorney Josh Minkler said in a statement.

According to prosecutors, investigators served a search warrant at Taylor’s home on April 29 and found sexually explicit photos and videos that he allegedly produced by secretly filming the minors at this home. Over 400 videos of child pornography in computers, cellular phones and storage media recovered from a home office was discovered at the property.

Taylor also downloaded commercially produced pornography involving children as young as about six from the Internet, prosecutors claim, and then Fogle gained access to a large amount of the material.

Subway posted a statement on Twitter Aug. 18 distancing itself from Fogle, stating: “We no longer have a relationship with Jared and have no further comment.”