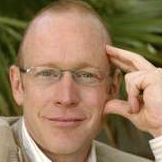 The legal battle between Online Testing Exchange (OTX) and the research company’s former movie group chief Kevin Goetz (left) took another twist  Friday with both sides citing a recent court ruling as a victory for their camps.

A Los Angeles Superior Court judge has rejected a temporary restraining order against Goetz and his new company Screen Engine, while upholding an request to prevent the company from using any "normative data" obtained from his former employer.

Normative data is an accumulation of scores from thousands of test screenings Goetz and OTX built up over a period of many years.

In a request for the restraining order, lawyers for OTX had argued that Goetz was raiding the company’s employees and using other confidential data.

"The court’s decision was in favor of Screen Engine and Kevin Goetz," Robert E. Wynner, counsel for Goetz, told TheWrap. "The parties in-court agreement has no effect on Screen Engine’s operations. "

On Thursday, attorneys for Screen Engine sent TheWrap a document showing that the application had been denied, but Friday as part of a more complete version of the ruling, representatives for OTX included a note from the county clerk’s office stating that due to clerical error the document had not accurately stated that part of OTX’s request had been  granted.

"Instead of granting a temporary restraining order, the court granted an injunction — which prevents defendants from using proprietary OTX information, for any purpose, including norms which Kevin Goetz claims to know off the top of his head," OTX spokesperson Bill Harrison told TheWrap.