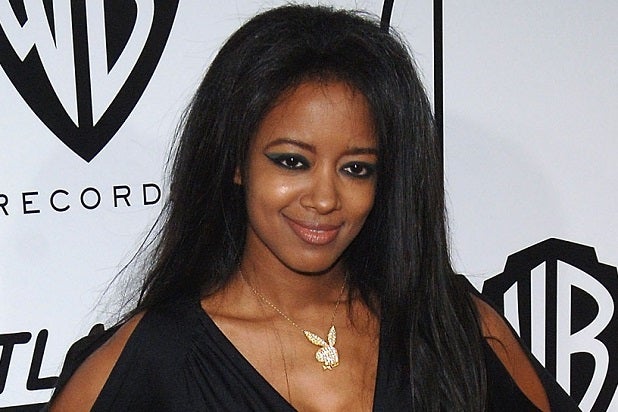 A former Playboy Playmate has died after apparently jumping from the 25th floor of a Manhattan hotel with her seven-year-old son, who also perished, the Associated Press reports.

According to the AP, Stephanie Adams and her son Vincent checked into the Gotham Hotel’s penthouse suite Thursday night, and were found on the second-floor balcony shortly after 8 a.m. Friday morning.

Speaking on condition of anonymity, law enforcement officials told the AP that Adams had been battling for custody of Vincent with her estranged husband, Manhattan chiropractor Charles Nicolai. The officials said that police had been called to the couple’s home on multiple occasions in recent months.

Adams’ former divorce attorney Raoul Felder characterized the custody case as “very tough,” saying that at one point Adams and Nicolai had resorted to handing off Vincent to each other at at a police precinct. Even so, Felder told the Associated Press, Adams “was never depressed while I knew her. She had certain problems, but depression wasn’t one of them.”

Adams appeared in the November 1992 issue of Playboy, appearing again in the magazine in 2003.