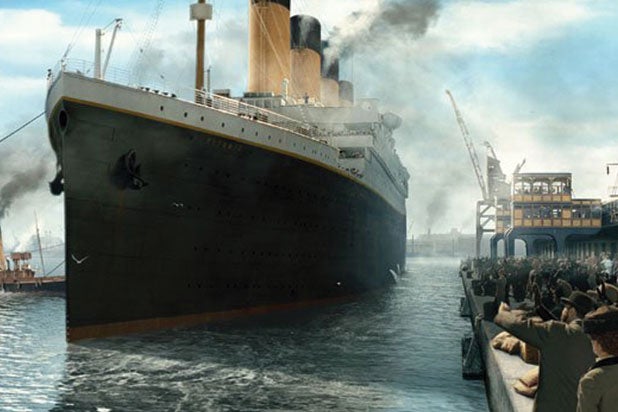 An exact replica of the Titanic, the ship that sank in the Atlantic Ocean after hitting an iceberg in 1912, will set sail in 2018.

According to the Independent, the Titanic II will look identical to the original ship, although it will be 13 feet wider with an updated hull to meet modern maritime safety requirements.

And like the original, the new Titanic, created by Australian businessman Clive Palmer and his company, Blue Star Line, will offer first, second and third class tickets.

According to the Belfast Telegraph, Titanic II will be 885 feet longer, 173 feet high and weigh 40,000 tons, with nine floors comprising 840 cabins accommodating 2,400 passengers and 900 crew members.

However, while the new boat will have modern amenities like a swimming pool, Turkish baths and gyms, it will also feature a boat deck showcasing the original lifeboats.

Its maiden voyage will not be from Southampton, England to New York, like the 1912 ship, but instead will travel from Jiangsu, China to Dubai of the United Arab Emirates.

The RMS Titanic hit an iceberg on the night of April 14, 1912 on its fifth day in service while crossing the Atlantic Ocean, as dramatized in the James Cameron film “Titanic,” starring Leonardo DiCaprio and Kate Winslet. More than 1,500 passengers and crew members died, marking it as one of the deadliest maritime disasters in modern history. At the time, it was the largest ship afloat, and was called “unsinkable.”