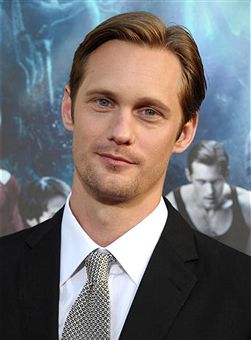 Schedule permitting, Skarsgard is set to play a Norwegian roustabout who tangles with a redneck American driller. The two men bond while attempting to shut down a terrifying oil rig explosion.

No, it's not about current events. The script, by Petter Skavlan,  was inspired by Magnar Jonsgaard's novel "Black Rain," about Americans drilling for oil in the frigid and often lethal North Sea, where Jonsgaard worked on several oil platforms during the '70s.

The film takes its title from a slang term used to describe an oil field that produces at least 500 million barrels.

Casting is currently under way for three American stars.

Studio Babelsberg will co-produce with Norway's Monster Film and Northern Alliance Group, while The Little Film Company will handle sales.

Moland has described the tale as "Norway's rags-to-riches story [that] changed an entire society [and] revealed the abuse of huge wealth and its impact on individual lives." The director's last film, "A Somewhat Gentle Man," starred Stellan Skarsgard and won an Audience Award at the Berlin International Film Festival.

Alexander Skarsgard recently joined the cast of Universal's "Battleship," which begins production on Aug. 30 in Hawaii under the direction of Peter Berg. The 33-year-old Swedish actor will soon be seen in a pair of remakes — Rod Lurie's "Straw Dogs" and Gela Babluani's "13" — and is also set to appear in Lars von Trier's "Melancholia."

"The Elephant" is scheduled to begin production either in late autumn or early 2011.