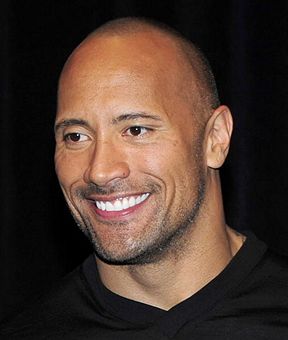 EXCLUSIVE
The Rock is ready to roll back into action movies.

Dwayne Johnson is attached to star in the action-thriller "Protection," replacing Clive Owen in the lead role, an individual familiar with the project told TheWrap.

Additionally, director Patrick Alessandrin ("District 13: Ultimatum") has left the project.
Simon West was previously attached to direct Paul Walker in the project, which was formerly set up at Warner Bros.
It’s good to see Johnson returning to his action roots, as the actor’s fans who have rooted for him since his wrestling days have surely grown weary of seeing him in family-friendly vehicles such as "Tooth Fairy" and "Planet 51."
The script by Brandon Noonan follows a disgraced former Special Forces soldier who takes on a Mexican cartel in an attempt to rescue and protect a judge’s 21 year-old daughter, who has been targeted by the cartel for agreeing to testify against one of its members after she witnesses her father’s murder. The action will reportedly play out on both sides of the border.

Robert Lawrence’s eponymous production company and Stuart Ford’s IM Global are teaming to bring the project to the big screen, while Mark Ciardi and Gordon Gray of Mayhem Pictures will produce with Johnson.

"Protection" comes across as a potent mix of "Man on Fire" and "Taken" minus the kidnapping angle, which sounds like a promising combination.
Johnson is currently filming George Tillman Jr.’s "Faster," and will next be seen in Adam McKay’s action comedy "The Other Guys" opposite Will Ferrell, Mark Wahlberg and Samuel L. Jackson.