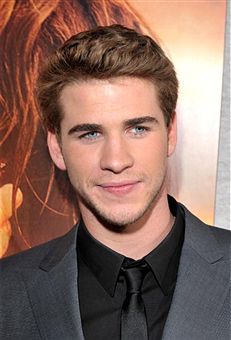 EXCLUSIVE
Fresh off his turn as Miley Cyrus’ love interest in "The Last Song," Liam Hemsworth  is set to star in "The Throwback," a sports drama with Dennis Quaid, a person close to the project told TheWrap.

Taylor Swift had previously been rumored for a role but she is not a part of the package at this point.

Jeff Raymond, Hemsworth’s publicist, confirmed to TheWrap that Hemsworth had been offered the role, but said that the actor is not attached to the project.

The film, currently in development at Walden Media and Mayhem Pictures, is based on the true story of Frank and Isaac Gildea, the only father-son duo to play college basketball together.

Frank Gildea dropped out of college in 1981 to support his family. Two decades later, he returned to his alma mater, College of the Redwoods, where his son was playing for the school’s basketball squad. The elder Gildea was able to finish out his eligibility and join his son on the team that won the school’s first conference championship in 27 years.

Doug Atchison ("Akeelah and the Bee") will direct from a screenplay by Nick Santora, who was brought on to rewrite Brad Gann’s original script. 20th Century Fox plans to distribute the project through the joint venture Fox Walden. 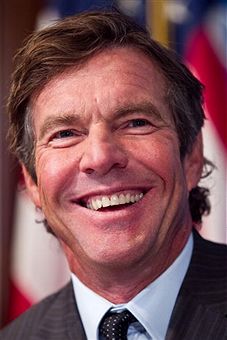 "The Throwback" mines familiar territory for Quaid, who also starred in Mayhem’s baseball drama "The Rookie." Quaid has been coasting as a leading man in recent years (see the triple threat of "Pandorum," "Horsemen" and "Legion" … or don’t) but he always brings his A-game to sports dramas. Quaid is a veteran of the drama, having starred as Louisiana football legend Gavin Grey in Taylor Hackford’s 1988 drama "Everybody’s All American." The actor earned strong reviews for his performance as Syracuse University football coach Ben Schwartzwalder in "The Express," and I was personally reminded of Quaid’s fearless intensity just last week while watching him take one bone-crunching hit after another as QB Cap Rooney in Oliver Stone’s masterful "Any Given Sunday."

Hemsworth recently signed on to star in Chuck Russell’s "Arabian Nights," which I’m really looking forward to. He was reportedly offered the lead role in "Northern Lights" after "Twilight" star Taylor Lautner withdrew from the David Ellison-financed project.

WME represents Quaid, while Hemsworth is represented by ROAR Management.