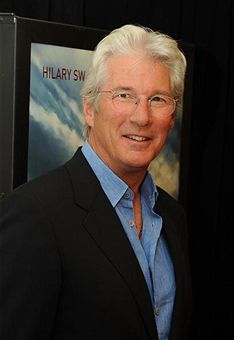 Noah Baumbach ("Greenberg") has signed on to direct "The Emperor’s Children" for Imagine Entertainment, sliding into the position that had previously been held by Ron Howard, who will now produce with partner Brian Grazer.

Keira Knightley, Eric Bana and Richard Gere are attached to the film, which is currently looking for outside financiers. The dramedy is eyeing a summer start date.

Baumbach adapts from Claire Messud’s 2006 best-selling novel about a trio of Brown University graduates who are approaching their 30s with trepidation as they struggle to realize the lofty expectations held for their personal and professional lives. The novel was set in New York in the months leading up to and following 9/11.

The material seems like a strong fit for the "Kicking and Screaming" filmmaker.

Back in July 2007, Variety reported that Howard would direct the feature with Baumbach writing the screenplay, but Howard has since moved on to directing Universal’s untitled comedy about infidelity starring Vince Vaughn and Kevin James, which starts shooting in six weeks.

Gere could use a hit after his last two films, "Amelia" and "Brooklyn’s Finest," failed to make a dent at the box office, though their poor performances were hardly his fault considering they were driven by stars Hilary Swank, and Ethan Hawke and Don Cheadle, respectively.

Baumbach, the Oscar-nominated writer of "The Squid and the Whale," has also adapted Curtis Sittenfeld’s "Prep" for Paramount.