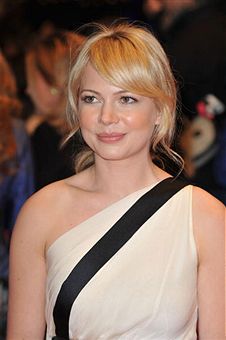 Oscar-nominated actress Michelle Williams is circling one of the three lead roles in Noah Baumbach’s "The Emperor’s Children."

The Oscar-nominated "Greenberg" filmmaker has already adapted Claire Messud’s 2006 best-selling novel about a trio of Brown University graduates struggling to make something of themselves as they approach their 30s burdened with lofty expectations. The novel was set in New York in the months leading up to and following 9/11.

Williams would likely be playing the character of Danielle Minkoff, a TV documentary producer from the Midwest, though the actress’ representation at CAA would not comment to TheWrap. There is no deal in place yet, but insiders confirm that Williams has met with Baumbach about the role.

While the project is set up at Imagine Entertainment with Ron Howard and Brian Grazer producing, it is still seeking financing, and the longer that takes, the greater the danger of missing its proposed summer start date. Furthermore, Baumbach’s recent attachment to the family friendly Ben Stiller vehicle "Mr. Popper’s Penguins" raises questions as to whether "The Emperor’s Children" will be his next film.

TheWrap previously broke the news that Keira Knightley, Eric Bana and Richard Gere are attached to star in the dramedy.

I’ve been a huge fan of Williams since her days on "Dawson’s Creek" and firmly believe that she is one of Hollywood’s best actresses under 30 years-old, if not the very best.

Williams most recently played Leonardo DiCaprio’s wife in Martin Scorsese’s "Shutter Island." She recently re-teamed with her "Wendy and Lucy" director Kelly Reichardt for the period film "Meek’s Cutoff," and is already earning Oscar buzz for her performance in Derek Cianfrance’s "Blue Valentine" opposite Ryan Gosling.