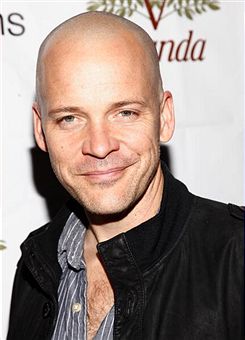 Peter Sarsgaard is attached to star in a biopic of bluegrass legend Bill Monroe that Oscar winner Callie Khouri ("Thelma and Louise") is rewriting, TheWrap has learned.

Finn Taylor ("The Darwin Awards") is attached to direct the low-budget, "Walk the Line"-type project, which is described as a labor of love for Sarsgaard, who is an avid fan of Monroe's music.

Sarsgaard approached Khouri about rewriting an early draft of the script. (She is also married to country music icon T Bone Burnett.)

The project is still in the early stages of coming together and will likely proceed as an independently-financed film.

Monroe was born on a farm in Kentucky as the youngest of eight children. Both of his parents died before his 17th birthday.

Over a performing career that spanned 60 years, he helped develop the style of music known as bluegrass, earning the moniker The Father of Bluegrass.

His best known songs include "Uncle Pen" and "Blue Moon of Kentucky," the latter of which was covered by Elvis Presley in 1954.

Monroe is enshrined in the Country Music Hall of Fame and the Rock and Roll Hall of Fame, and he received the Grammy Lifetime Achievement Award in 1993, three years before his death.

Sarsgaard is currently in theaters with "Knight and Day." He next stars as the villainous Hector Hammond in Martin Campbell's upcoming superhero tentpole "Green Lantern."