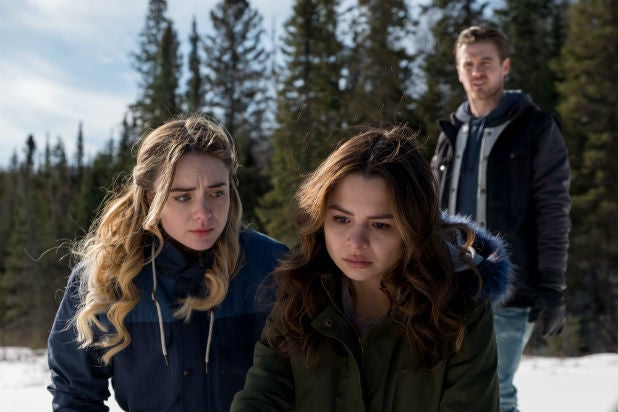 Hannah Kasulka, star of Fox TV’s “The Exorcist,” and “High School Musical” alum Corbin Bleu will star in an indie thriller from the creative mind behind “Furious 7,” TheWrap has learned.

“Stranded,” currently shooting in Canada under Gearshift Films, follows a college freshmen devoted to her studies (Kasulka) who joins a weekend snowboarding trip with friends. Freezing temperatures and car trouble puts the group in turmoil, testing relationships and igniting a witch hunt among them.

“Degrassi: The Next Generation” actor Craig Arnold joins Kasulka and Bleu in the cast. Jordan Barker (“Torment”) is directing from a script by Christopher Borrelli, based on a story by Chris Morgan (screenwriter on “Furious 7,” and producer on Sandra Bullock’s upcoming “Bird Box”).

Barker is producing with Borga Dorter. The project is the benefactor of Canadian tax credits with additional financing by Ontario Media Development Corporation and the Northern Ontario Heritage Fund Corporation. A domestic distributor has not yet been named.

Kasulka’s “The Exorcist” has not yet been picked up for a third season. The actress just wrapped a multi-episode arc on the final season of Judd Apatow’s neurotic Netflix rom-com “Love” with Gillian Jacobs.