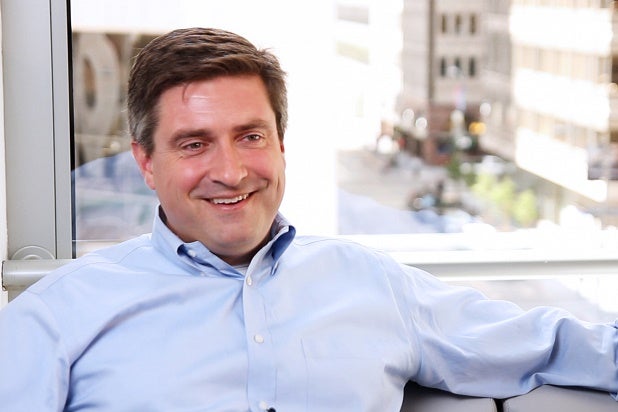 Chris Kelly, the former general counsel and chief privacy officer at Facebook, is stepping in as interim chief executive at Fandor.

He will replace current CEO Ted Hope, who is exiting to pursue a new film production venture, the curated online service for independent and international films announced on Wednesday.

“Fandor is keenly situated now for real growth,” said Kelly. “Ted and the Fandor team have positioned us very well for continued expansion in 2015. While Fandor represents the next evolution of the film industry that Ted has been advocating for years, he was very eager to get back to making movies.”

Also Read: Ted Hope: ‘I Am No Longer Going To Produce Films For My Living’ (Guest Blog)

Hope, who took over as chief executive in 2008, said that while Fandor was in the vanguard of online cinema, making films remained his first love.

“I cannot resist returning to where my prime talents and skill set reside, and that is getting great films made well,” he said.

Hope has been a force as an independent film producer for years, and only recently stepped down as director of the San Francisco Film Society. He produced the first films of many notable filmmakers including Ang Lee, Hal Hartley and Nicole Holofcener among others.

In the early 1990s, Hope and James Schamus co-founded Good Machine, a production and sales company that they sold to Universal in 2002.

Kelly joined Facebook in 2005 as one of the first senior employees, and at various times served as general counsel, vice-president of corporate development and head of global public policy. He left in 2009 to pursue the Democratic nomination for Attorney General of California. In 2010, he launched Kelly Investments, a family office pursuing investments in technology, media, and finance.

Kelly also serves as co-owner of the NBA’s Sacramento Kings and as the national chair of the New Leaders Council, a progressive leadership training organization focused on public service.