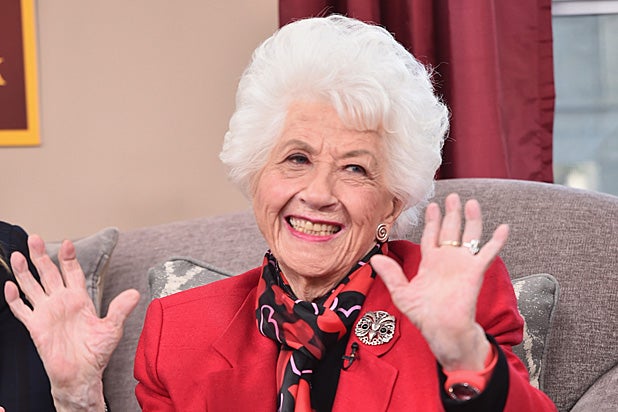 “Facts of Life” star Charlotte Rae was diagnosed with bone cancer this week at the age of 91.

The actress, who played beloved character Edna Garrett on the hit sitcom and its predecessor “Diff’rent Strokes,” said she is “not in any pain right now. I’m feeling so terrific and so glad to be above ground.”

Rae told People that she got the bad news from her doctors on Monday, and the diagnosis comes after a prior battle with cancer.

“About seven years ago, I was diagnosed with pancreatic cancer — which is a miracle that they found it because usually it’s too late,” Rae told the magazine. “My mother, sister and my uncle died of pancreatic cancer. After six months of chemotherapy, I was cancer-free. I lost my hair, but I had beautiful wigs. Nobody even knew.”

Rather than taking bone cancer as an instant death sentence, she told People, “Now I have to figure out whether I want to go have treatment again to opt for life. I love life. I’ve had a wonderful one already. I have this decision to make,” she said.

Rae was scheduled to start her latest round of cancer treatment on Thursday, but opted to postpone it for a while.

“I think I’m gong to go for it,” she told People. The side effects were not too bad when I did it originally. I’ve had a great life, but I have so many wonderful things happening. I’d like to chose life. I’m grateful for the life I’ve already had.”

Also Read: Scott Baio on Erin Moran's Death: 'You Do Drugs or Drink, You're Gonna Die'

The Emmy winner returned to the big screen in 2015 in Jonathan Demme’s “Ricki and the Flash,” with Meryl Streep, Kevin Kline, and Rick Springfield. In November 2015, Rae released her new autobiography, “The Facts of My Life,” which was co-written with her son, Larry Strauss.

In the memoir, she recounted her battle with alcoholism followed by 44 years of sobriety, her discovery that her husband, John Strauss, was bisexual, and the death of her eldest son, Andrew, who suffered from autism and dementia.